Ladies and Gentlemen Remove Your Blinders

He pushed his chair away from the table to stretch his legs.  The chair rolled back with a slight squeak but no one seemed to notice.  They all appeared to be lost in their own thoughts.
Some stared blankly out the window while others played with the colorful pipe cleaners and Play-Doh that occupied the center of each table.
They were entering hour number 5 of the training.  The man had built a small menagerie of pipe cleaner animals but only while on break.  He paid close attention whenever possible but being human his mind did stray a little bit on the recaps.
As the three people at the head of the table presented their information he couldn't help but recollect his childhood.  This session seemed to mimic a good portion of his adolescence.

An assorted mix of people congregated around the table.  Most were there to adopt a family member.  A grandson whose mother had been jailed, another grandson whose mother and father had completely disappeared, a nephew here and a niece there.  They were only there because the state mandated that they take these classes before continuing on with their adoption.  These children had been living with them already, they were family and in most cases were already functioning as a close knit family.
They snickered and made jokes, yawned more than necessary and were quite callous as a participatory group.  The man was saddened slightly at the loss of human emotion and respect in the room.

Half the group left after the third session.  They made it painfully aware that the state said they only had to take the first three and they weren't staying for anymore than they had to.  He was glad they  left.  It was distracting.

As the sessions moved toward their finale he became increasingly unsure of himself.  His blinders had been removed and his peripheral vision had him doubting his assuredness.
He needed time to think.

So as you can tell from above we just finished or first round of training for the foster care program.
We needed to take sessions 1-4 and also 6 to be able to apply for our license.  We still have a bit of paperwork to fill out but were getting closer.  I must admit I wasn't really thinking the whole thing through.  I was only looking at it through happy glasses.  Not seeing or understanding the problems and issues that come along with this program.
Not just the children that may come to live with us but the parents of those children as well.
Children need help, a loving home, security.  They also still love the parents that have harmed them or put them in harms way.  They don't give you perfectly normal children.

Here are a few pics of some things I have been doing!  Mostly wood cutting!
That is my chainsaw on the ground in front of the giant tree I cut up 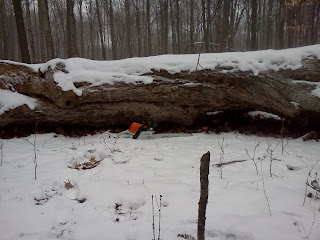 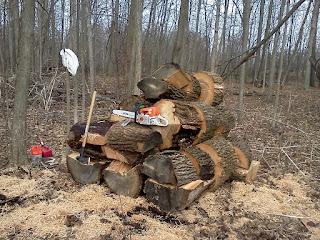 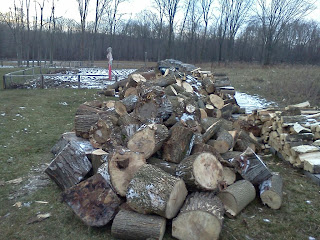 More of the giant tree 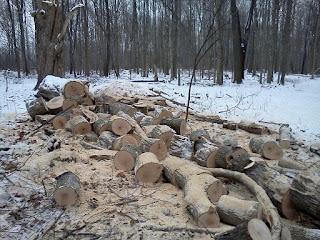 My Beech stump coffee table finally made it into the house 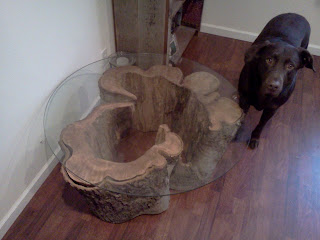 Posted by Bushman at 7:02 AM
Email ThisBlogThis!Share to TwitterShare to FacebookShare to Pinterest