It's take your kid to the bar day!

"What the fuck are you talking about kid?"  Drops of dark brown tobacco spit sprayed the young boy's face as the man in the tattered jeans and dusty cowboy boots raised his arm in a threatening gesture.
" I need a quarter for the Pac Man game", the boy answered.
"Get the hell outta here before I put a boot up your ass!" He spurted at him again.
The boy turned and walked away from the man and just as he was about to exit the door of the dimly lit, smoke filled bar the boy stopped.  He turned and stared at the man.
He was sitting sideways on his bar stool.  One leg up on the rung and the other planted firmly on the floor.
His boots were scuffed and stained from too many ill aimed tobacco spits.  The boy noticed the bottom of the boot up on the rung of the stool.  It was smooth.  He smiled.  No traction on the hardwood floor of the bar with those things.  He stared at the man and backed one step closer to the door.
"Hey", he hollered.
"Hey numb nuts", He said even louder.

The man stopped talking and turned to look at the boy.
"Are you talking to me you little whistle dick?", the man answered.

"Do you see any other dumb fuck that looks like a numb nuts in here?", the boy answered.
"Why don't you stick a finger in your mother's cunt and pull out a plum", he hollered.


The man scrambled to his feet as the boy ducked out the door.  His boots afforded no traction just as the boy had suspected and his all out sprint for the door to catch the the young man did not go as planned.  By the time he reached the door, he could not stop and as his boots slid on the oaken slats, his mind bent with fury, he did not notice the piece of trim that separated the oak floor from the tile entrance.  His toe stubbed the slight piece of trim and he toppled head over heels smashing his face into the door frame.

He crumpled to the floor in a heap.  A river of blood began to creep across the floor.  The man gasped his last breath and lay still.

"Please rise for sentencing", the man in the black robe said mundanely, almost lazily.  The court appointed attorney elbowed him and motioned him up with his head.
The boy rose to his feet, his eyes wide with fear.  .  His mother was not there.  He had not seen her since the day he had scrambled from the bar, leaving her on her bar stool talking to the man in the cowboy boots.

"The jury finds you guilty of involuntary  manslaughter.  Due to your age the court sentences you to 7 years in a juvenile detention center."
"Do you have anything to say for yourself?", the judge asked him as he stifled a yawn.

Hey there blog readers!  Just a bit of a story to get the keys  warmed up.

Not much goin on here.  Same ol same ol.
I have the parts ordered for the chimney to complete the "through the wall" process.
As soon as those get here I can finally finish the main chimney and close off the wall.

Looking forward to cool fall weather.  Having a bon fire party tomorrow night to kick summer outta here!  Hopefully it won't be just me and the dogs!
Not much left to talk about.  Momma and the kids will be leaving tonight.  Headed for Chicago and a weekend soccer tournament.  I'm all by myself this weekend.  Hmmmm  what kind of trouble can I get in? 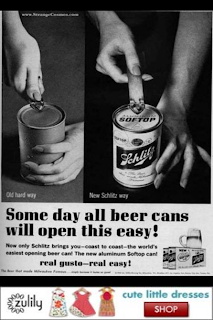 Posted by Bushman at 5:41 PM
Email ThisBlogThis!Share to TwitterShare to FacebookShare to Pinterest