Hello,
Today I give you a sneak peek of a page out of my new book, The Lion and I.
The story has been progressing well and this morning I almost reached the 30,000-word mark.
There has been a lot of back story and if I am lucky enough, that you buy a copy when it is finished, you will see the story is told in three different views.  I have been anxiously awaiting the writing of this part and thought I would share this little snippet with you. (unedited)

If you would, for a moment, pretend you have just flipped my book over and are reading the back cover it would read something like this.

Pete Vandross is not your ordinary veterinarian, he has been hiding secrets from everyone, including his wife and business partners.  Soon his addiction will come to light and when he makes the ultimate mistake, it forces him to strike a deal with the underground Las Vegas crime syndicate.
Pete is forced to accompany an unidentified package deep into the South Pacific Ocean, where fate and tragedy collide.  It may just change his life forever... if he gets to keep it that is.

When I peeked my head over the top of the beached crate I was aghast at what I saw.

Inside of the crate was a large cage.  It was made of steel bars, spaced about a foot apart, with a horizontal brace welded half way up. The bars were not too thick, maybe an inch around and covered in rust.  They reminded me of the steel that was used in concrete work.  Re-bar I think it was called

The cage had the same bars for a top and on one side was a door.  Wrapped around the edge of the door was a chain.  Securing the chain was a heavy brass padlock.

Inside of the cage, secured to the side with heavy wire, was a giant canister, made from some sort of metal.  I couldn't tell, but it was silver and had deep gouges etched into it.  From the bottom of the canister a skinny tube protruded.  It looked like the world's biggest hamster water bottle.

Next to the oversized water bottle was a crudely made trough  which I imagined held food at one time but was now empty.

At the bottom of the cage, lying in a few inches of dirty seawater, was a lion.

The seawater was mixed with feces and, by the smell of it, had been there for quite some time.  The lion's hair was matted with it and the poor beast was covered in his own filth.  Streaks of white powder encrusted his body from the salt deposited by the evaporating seawater.

It appeared to be dead, but I wasn't sure.  It wasn't moving and the stench rising from the crate was overwhelming.

I grabbed on to the iron bars and pulled myself up on top of the cage.  My arms couldn't hold me up any longer and I wanted a better look.  The lion's back was covered in scars and some of them, judging by the red welts and scabs, appeared to be only a few weeks old.
A chain, choker style, encircled his neck and I could see where it had rubbed the hair from his neck. 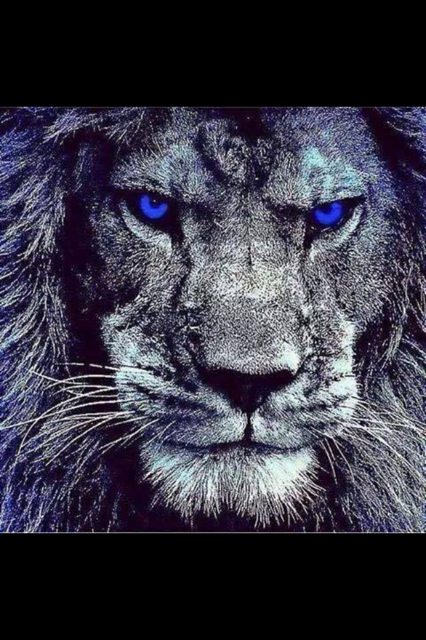