S is for Radiation

This is another clip from a chapter in my book titled, The Madness in the Fire

The Saviour
Dawn reached the tattered land and cast a grey shadow upon the blackness of the retreating night.   An acrid breeze stirred the air and rustled the needles on a gnarled old pine.  The needles clinging to the branches fell to the ground.  The edge of the forest lay silent, the songs of birds had been vanquished from the land, the ages old songs of the crickets, hailing the new day, no longer drifted in the morning thermals.  Nothing stirred.  The forest stood its ground but with a heavy heart.  It was rotting.  Dying.  The life was slowly withering away inside of it and without it the forest could no longer keep breathing.

Smoke drifted from a small bed of coals.  Tendrils floated and weaved their way towards the great greyness in the sky.  A muted shade of sunlight tried in vain to break the sadness.  It no longer held sway over the land as the dust storms increased in intensity and the air grew thick while it gorged on the land.

A young boy buried in a sleeping bag began to stir.  He pulled his head from the sleeping bag and watched as his mother and father began packing up their tiny little encampment.  He knew that there would be no breakfast this morning, just as there was no supper last night.  His belly growled.  He was hungry.
It had been three days now since they had eaten.  Without asking any questions he rolled out onto the cold ground and began to bundle his sleeping bag.  Not a word was said as they packed.

The old game trail meandered in and out of the dead forest.  The group stayed tight to the edge for cover.  Not too long in the past it had held an abundance of tracks made from the animals in the forest.  Now the only tracks were from the trio as they trudged their way down its dusty path.  Each footfall created a small puff of dust that coated the traveler’s feet and legs. Once a place of frequent rain and moss covered logs the forest had changed as the air sucked the life and moisture from it.  So they trudged, looking for any signs of life, food or water.

For days now they had travelled along the edge of the forest, the highway on the left and the forest on the right.  Far in the distance, past the highway lay the dreadful ocean and its burning currents.  The trio moved north.  They had heard rumor that north was the way to go.  The cold ocean currents had moved the toxins quickly to the south and it was said that, even though the land was hit hard it was beginning to regenerate.  There was also a rumor of a settlement ran by the Canadians and that they still had guns for protection, crops, fresh water and medicine.

They were searching for the gateway, the sign that would lead them to the settlement.  It was the reason they had stayed so close to the deadly ocean and in the distance it was just visible through the hazy sky.  The bridge over the Columbia River in Astoria.  Hopefully, the bridge was still intact.  Once crossed then they could make their way through the mountains north by northeast and hopefully reach Calgary before the snow began to fly.

-----------------------
Cautiously the group made their way closer to the bridge using the dilapidated houses as cover.  Not much remained of the town.  As with any other town or village, they came across most were burnt through.  Scavenging anything was highly unlikely as any buildings left standing had already been searched by previous travelers or hordes of outlaws.  A block away the man tucked his family into a faded yellow bungalow, untouched by fire.  He hugged them both and whispered, "Stay hidden and don't make any noise, search the cupboards for any supplies you can find.  Once I see it is safe I will come back and get you and we will cross".
This was old routine and they knew it well.  As he turned the corner they began to search.  Quietly and quickly, making sure to duck or crawl under any windows openings so as not to be seen from anyone who may be lurking outside.  The first stop was the kitchen.  It was an easy search as the cupboard doors had all been ripped from their hinges, most likely burnt for warmth.  Nothing in the kitchen, so they crawled down the hall and searched the bedrooms.  An old moth eaten blanket lay in the corner of the far bedroom.  A rat skeleton lay on top of it.  She reached out and picked it up, flicking the blanket and sending the rat bones rattling into the corner.  She folded up the blanket and stuffed it in her pack.  The only thing left in the rooms were rotting mattresses.  Everything had been scavenged or burned.  They made their way back into the front room of the house and sat down against the wall opposite the door.  A TV with the screen broken out of it lay strewn in the corner.  A moldy couch adorned one wall and a matching love seat the other.  In between them was a closet door.  She crab walked over to the door, staying out of sight of the front window and turned the tarnished, brass handle.  It opened with a creak and she peered into the darkness.  The closet was empty and as she turned her head something caught her eye.  Stuffed back in the corner was a short squat object.  She reached into the closet and removed it from its hiding place.  It was a can.  The label was almost all worn away, but she could read the words, BAKED BEA.  Quickly she zipped it into her backpack.  Whatever may happen, she knew they would be eating dinner tonight.
-----------------------

The man approached the bridge and even from a half block away he could hear voices.  His heart sank.  Using the overturned, burned out hulks of cars as cover he edged closer.  A man stood on top of the toll booth at the entrance of the bridge.  He wore long black robes and held a book high over his head.
Perched on the concrete parking abutments were a large group of people, close to twenty by his estimates.
They were swaying back and forth as the man in the black robes chanted.  He moved a little closer to hear what the man was saying.

Opening the book in his hand the man in black carried on his lament, “And Christ said to the disciples, do you not love me?  For I am he.  I am your savior".  Slamming the book into his palm he surveyed his crowd.
"I have been sent by God to deliver you unto him, the way to eternal life is through me."
“I am your savior!”
Closing his book he addressed them, "Do not believe in this life but the one after, for this one is dead".
The lord has sent me here to you, this time, instead of his only son.  I will be your salvation.  I am the light which you will follow."
Raising his voice to almost a scream he began again, "Bow down and repent your sins.  It is your fault that this has happened and you must atone for your sins, there is no other way".

He watched as the people dropped to their knees and began wailing in the dirt.  The man atop the booth raised his hands in victory and began to sing.  As he turned to head back to the bungalow he was met with a chunk of lumber upside the head, he fell to his back, dazed, and watched dreamlike, as another blow with the piece of wood knocked him unconscious. 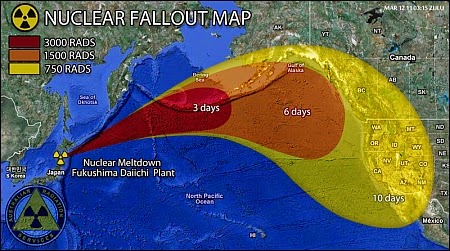