July is upon us and summer is officially in full swing.
Our great country had just celebrated another birthday and as usual we have celebrated in grandeur.

Today is Monday and I have the day off work.  We just returned home from a long weekend up north at our friends cabin where we celebrated our holiday.

Among good friends, adorable kids and loads of food and drink we all had a blast.

This year marks the second year of what is now an annual tradition of fireworks at the cabin.

We had an excellent show and one heck of a grand finale which timed in around the seven-minute mark.

It began with a giant pile of fireworks.

Then we had to lay them all out on sheets of plywood, secure them and fuse them all together.
The fuses were of different lengths and burn rates to allow for consistent firing.
Once finished we moved them outside and covered them with tarps.  They needed to be protected while we shot off the regular fireworks show.  The regular show consisted of about 12 of the large cakes just like the ones on the plywood and about 60 mortar rounds.
We had 5 mortar tubes screwed to a board and 4 guys rapidly lighting them along with periodic cakes.  The cakes had anywhere from 9 to 25 shots in them.  It was all out madness. 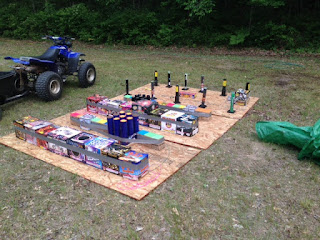 Here are some shots of the regular show.  We were lighting them off behind the barricade. 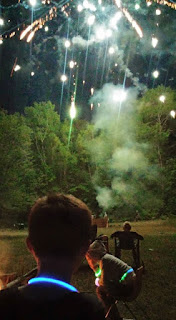 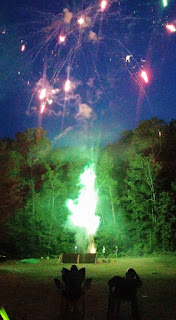 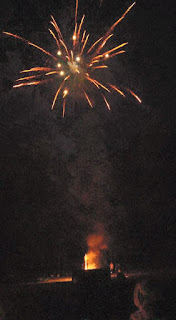 The kids rode around all weekend on their quads, go karts and dirt bikes.  They had so much fun.
Even though I didn't own any of them they were still a pleasure to be around. 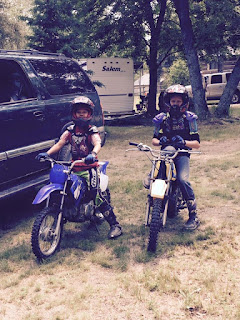 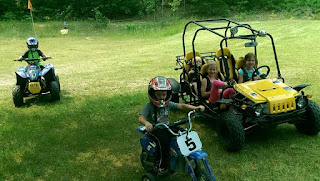 Other than the horrible traffic on the way home it was a great weekend.

Happy Independence Day to everyone!

Posted by Bushman at 8:07 AM
Email ThisBlogThis!Share to TwitterShare to FacebookShare to Pinterest