Bushman gets busy...not that kind of busy though.

I hope you all had a wonderful day giving thanks and eating and drinking and eating some more.

I've been pretty busy around here (as usual).  I will admit in my aging condition I am not as active as I once was, but I'm still hanging on to that last little bit of youthful energy.

My daughter Kaitlin purchased a new bed not long ago.  It was a nice bed and she paid almost a grand for it.  For some reason (I don't recall) she did not get a bed frame for it.  I think she wanted a home-made bed frame with storage or something like that.  I'm not real good at listening but anyways, we decided it was time to get her new bed off the floor.  So I designed a little "bed frame" and purchased the materials.  It started out a lot smaller but Momma said 12" was not going to be big enough (typical woman) so I went 24".  (typical man)

Kait and I built it in the morning and painted it in the afternoon.  Now I just need to get it in her room and put the mattress on it.  It's pretty heavy for me to move by myself and Momma is the only one around right now.  (Prego Momma that is)  So it sits in the den awaiting the arrival of another strong back (which is my faithful neighbor Todd.  Who is unaware at this moment that he will be assisting me later on)

But here it is anyways:


They will be laid on their side with the cubbies facing out and the mattress on top.  That is a ton of storage under the bed!

That was on Wednesday.  We had a nice sushi lunch in between building and painting.

On Tuesday, we went to the Humane Society and Kait adopted a new dog.  She has been wanting her "very own dog" for some time now, but I told her she had to wait until soccer season was finished.

We found this little stinker.  Her name was Slickster while she was incarcerated.  Not much of a gang name, I know.  She has since been renamed Nibbles because she loves to nibble at your fingers and toes. 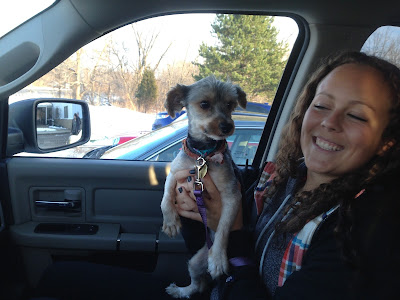 She is a Yorkshire terrier and weighs about 7 pounds.  She is two years old.


She gets along great with Gunner.  Neither one of them realize how big they are.

We had a  big snowstorm last weekend.  I was lucky enough to be prepared ahead of time with this new machine.  I even got to use it.  I did the driveway and then a path all the way to the neighbors house so we could drink beer easier! 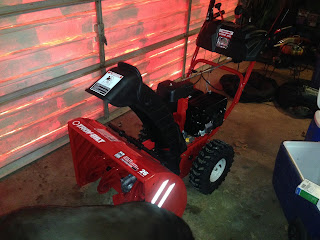 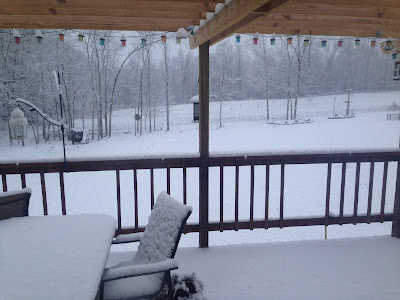 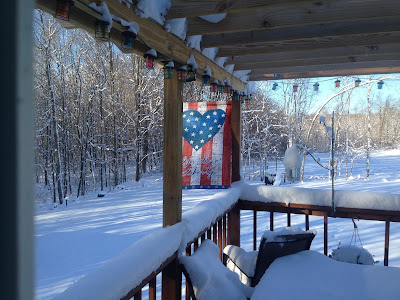 Yesterday I roasted the family turkey.  Breast side down again this year for 3 hours and then flipped it for another hour and a half.  It was perfect!  Then I brought all the leftovers home as well as the carcass and put it on the stove last night to make stock for soup.

As the turkey was roasting yesterday, I mixed up a batch of venison for making sausage.  Well, not exactly, sausage.  What I make is called Trail Bologna, it looks like summer sausage but has a little more kick to it with added peppercorns and varying spices.  I love it.  I will be putting it in the smoker in another hour or so.  I'm waiting for daylight.


So today I will be smoking those, finishing the bed, making turkey noodle soup, setting up my new exercise room in the garage, working on the snowmobile and later on (It is Friday) enjoying some barley pops with the neighbor.

How was your Thanksgiving?
Did you watch the Detroit Lions whip the Eagles?
Do you have leftover turkey to munch on today?

Posted by Bushman at 8:28 AM
Email ThisBlogThis!Share to TwitterShare to FacebookShare to Pinterest