G is for Nursery

Hey there, it's you again.

The A to Z challenge is floating along just fabulously, don't ya think?
Here we are on G already and I'm still in it.

A few months ago, I believe we were just over our 21-week mark, I decided I wasn't waiting to see if this baby was going to make it.  I had this gut feeling that one day I would hold her high up in the air (not unlike Simba in the Lion King) and show her to the world.  I was tired of living in fear and waiting for some magical moment to tell me to go ahead and start being a father.

So that is exactly what I did.

I started off with windows.  Yes, windows.  The existing ones were junk and I did not want a drafty nursery. 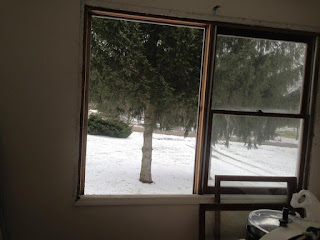 Then I installed all new trim around the windows, caulked and painted the walls and put up a chair rail. 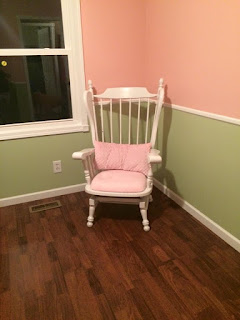 I assembled the crib (a beautiful gift from Ammy and Pops). 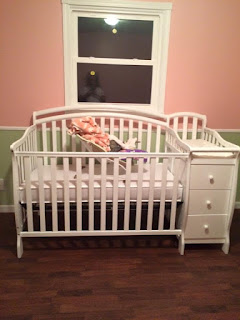 Then I ordered window treatments and Momma put her little touch on them with cute little ribbons. 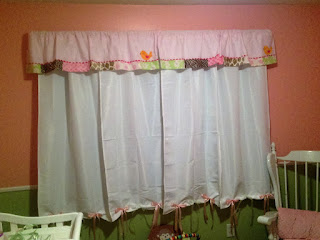 We picked up a new dresser with changeable color boards 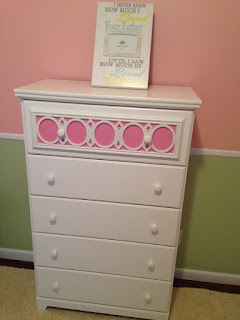 A new area rug and lots of awesome wall hangings. 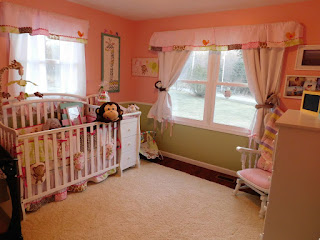 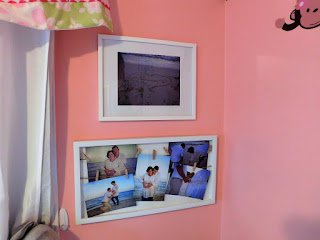 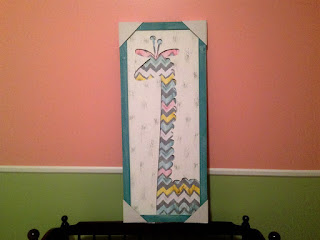 Heck I even changed out the outlet covers 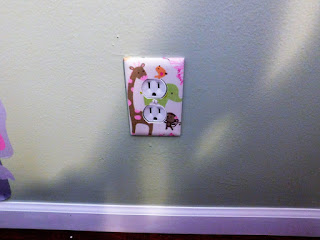 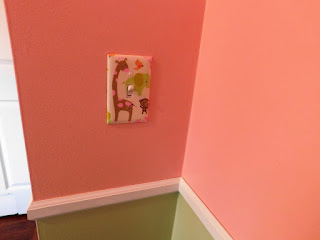 The coup de grace was are the wall decals.  I just love them. 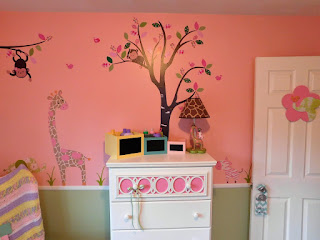 I did a little creative painting and ended up with these 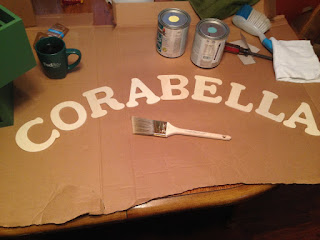 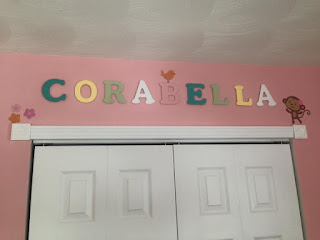 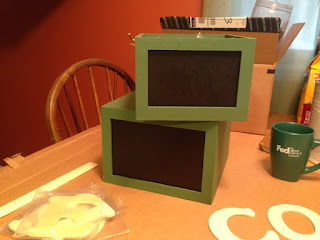 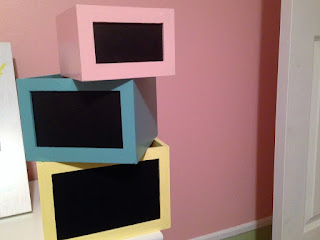 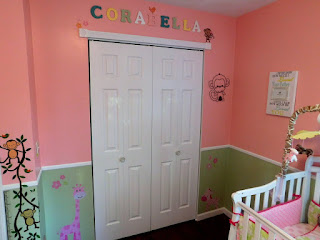 I had so much fun creating this little nursery.  The last piece I found was a little lamp to go on her dresser and of course, like so many other things in the room, on the side of it is a little..... 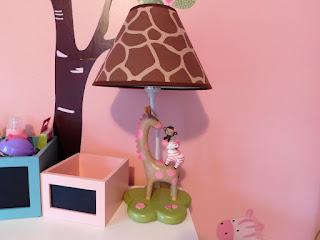