As much as I dislike saying that, it truly is.

Im sitting at the table, having coffee and gazing out the window.
There is a light dusting of snow and it is snowing still but it is snowing so softly that I am transfixed by it.

I watch a snowflake twist and turn and flutter its way down and I can't pull my eyes off it.  When it lands I look up and watch another.

As I'm staring dumbfoundedly out the window a deer and her two fawns emerge from the wood edge and the doe begins to feed in the alfalfa field while the two young ones frolic and chase each other all over the field.  It is very funny watching them run and skip about.

They were out the other day and the ran around for the longest time.  Eventually I thought I should get a video to share the spectacle and 5 seconds after I began recording they ran into the woods.
I thought about it today but I decided I was keeping that one for myself.  Selfish as it may sound, this one is mine.

I had a brief moment where I pretended the world had ended and there were a few of us survivors and this was what it was going to be like.
Soft snowflakes
Carefree deer


We have one more day of cold snowy weather and then we take a turn for the warmth at least as far as the ten day forecast goes.

I have so much more work to do to get the garden ready.  So much time on my hands to read and learn and now everyday I have something new I want to try.

I have only a few more fence panels to build and then I will be installing a trellis system in each of the raised beds.  This new system will be mainly for tomatoes but can also be used for other veggies that like to climb.

I will update with pictures but essentially each bed will have a ropes/strings that hang down vertically from a center point about 7 foot above the bed.  These strings or ropes will be anchored to the soil within the bed and as the plant grows you simply tie it or clamp it to the rope.
No more tomato cages for this guy!
Couple that with proper pruning techniques and I should be able to achieve 6-7 foot tall tomato plants.

I also need to install the arched trellis for the cucumbers, squash and gourds.

After that I will be installing 2 panels of lattice in each back corner of the garden for climbing flowers like morning glories and such.  Just to add a little color as well as attracting the pollinators.

I looked into bringing the bees back onto the property but as of right now the cost and the availability of new colonies is out of my reach.  I may call up my old friend beekeeper and ask him if he has any he would like to or needs to relocate.

I had him move them out last time as Corabella had just been born and I knew she would be out wandering the yard as a toddler and did not want the two to mix.  She is 4 now and she understands what bees do and what they can do if aggravated so that's a good thing.
Plus I really love having honey bees around as well as the honey.

It looks like Saturday I will be sowing some seeds in the garden.  Yes, I just said it was snowing but contrary to popular belief and what all the keyboard warriors on FB will tell you is that there are a lot of veggies you can plant that like the cold and will survive a freeze or frost.

Here are just a few of the most popular:

There has been a lot of controversy over Michigan's governor shutting down the plant and seed industry and people are upset that they can't get to gardening.

The other side says that you can't garden right now it is too cold.

Well...I hate to tell you all that you don't know jack sh!% because right now is the time we gardeners are gearing up and putting down.

I was lucky enough to plan way ahead before the Covid Crap (CC) hit and I had almost all of my seed and starting supplies in hand.

There were a few things that I had planned on picking up at the nursery because I didn't have the room in the greenhouse to get them started.  Paste tomatoes were one of them.

I don't want to dwell too much on that.  To each their own and however you deal with the CC is up to you.

I for one am doing my best to stay home but if I find a loophole to get a truck full of mulch somehow without any human contact you better believe your pitchforks I'm going to do it!

Anywho, Check back later for updates.  I'm sure by the end of the week I'll have some new posts and pics.

For now I'll leave you with these. 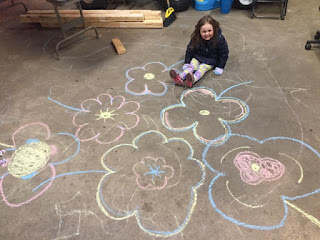 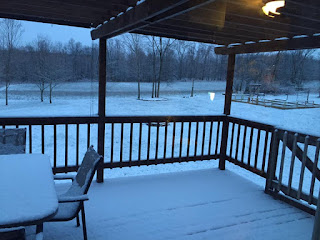 Posted by Bushman at 7:59 AM
Email ThisBlogThis!Share to TwitterShare to FacebookShare to Pinterest