Ok I have been dying for some fresh seafood. My parents live in Florida and every time we visit we have fresh seafood.  In Michigan fresh seafood just isn't that easy to get your hands on.  If I was rich I would have everything just shipped to my house then I could cook it but alas I'm not.  Of course if I were rich I would build an oyster bar right here in town.  A good one with brown paper for a tablecloth and buckets of clams, oysters and crabs just dumped right on your table.  The smell of lemons and seawater would float through the air like fog rolling in from the ocean.  At every table there would be bibs and shell crackers.  Rolls of paper towel and flasks of melted butter would decorate the ensemble as well.  The beer would be cold and cheap and come in a big frosty mug.  There would also be dolly carts and taxis so the waiter could roll your gorged, drunk @#%$ in into a taxi and send you home all included in the price of a meal.  Sorry I think I was day dreaming.  I can't have that so I did what I could.  Turned out better than expected.


We started with a big steamer pot.(I had to scrub all the leftover turkey frying oil from it). 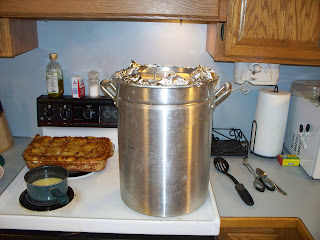 I cut up potatos, celery, green pepper, onion, garllic, and parboiled in a pot with chicken stock
a little water, Old bay seasoning and some Tony Ceccero's seasoning. 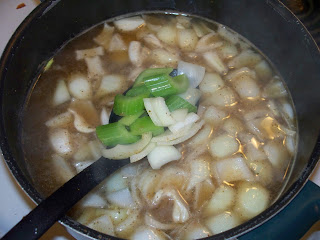 While that was simmering I cleaned and soaked the mussels and clams. 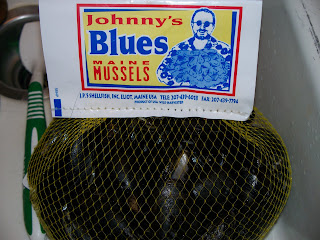 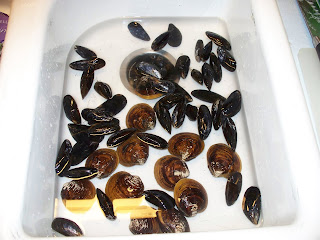 I soaked them in purified water from the store.  Fresh water will kill them if left to long.  About 20 minutes is long enough for them to purge the sand and salt from inside.  Make sure they are closed tight before rinsing.  A little tap on the shell will make them close.  If they don't close then they are dead and no good. 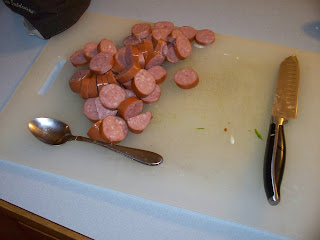 I cut up some smoked sausage. Prepped the shrimp and the scallops. 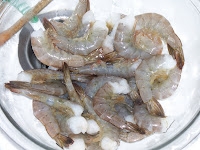 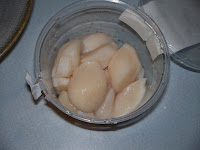 Once the veggies were almost tender I strained them and all the liquid went into the big pot.
Then I began to build my steam pot. 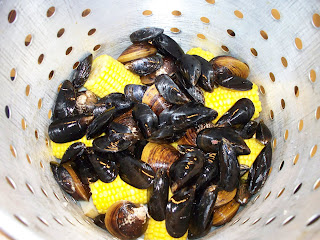 Veggies go in with corn on the cob.  Then Clams and mussels after another good rinse.
Then shrimp and sausage then scallops. 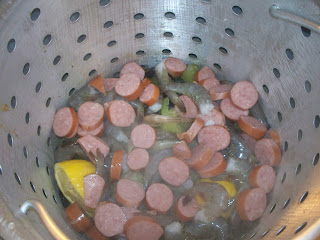 A lemon is fun too!! 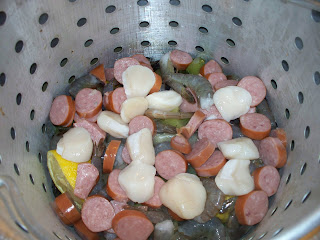 Then we get the money out and ready. 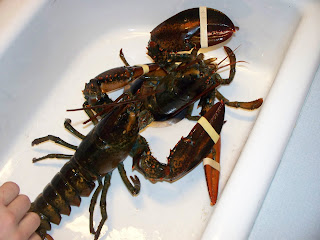 Make sure your liquid in the pot is boiling really good.  Put the lobsters on top of your stack of goodies
and slide it down into the big pot.  It's important that the food doesn't touch the water.  If it does it's called boiling folks not steaming.  There is a big difference in tenderness and taste.  I put aluminum foil over the pot and then the lid.  This helps keep the steam in.
While that's steaming for about ten minutes or so it's a good time to take pictures of your helpers. 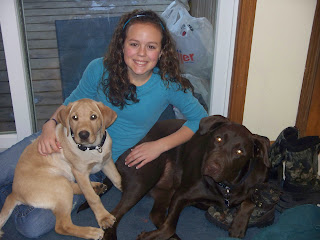 Ok the smell will drive you mad. It only takes about 15 minutes but it seems like an hour.  All the veggies and seafood coming together.  I swear I was walking around trying to lick the air.  My mouth was watering as I prepped the table and melted some butter.  I checked the pot twice for doneness.  When the antennae pulls off the lobster without too much force it's done.  Also the bright red color will help let you know.  Do not overcook because everything will be tough.  It really depends on how much stuff is in your pot as well as the construction of the pot as too how much steam can circulate around your food. 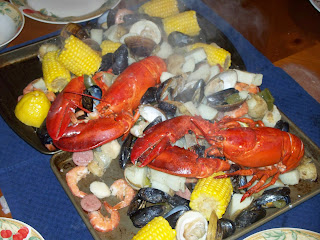 I dumped it out on two cookie sheets with towels under them.
The three of us sat on the sides and picked whatever we wanted. 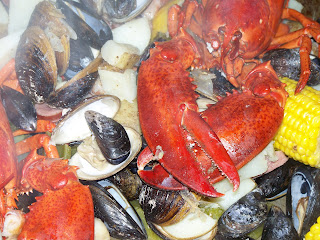 Kaitlin and Laura loved it and sat at the table and kept eating long after I was finished. 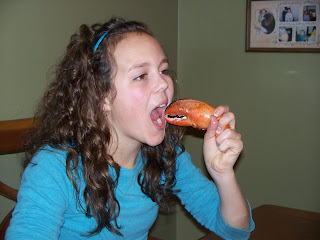 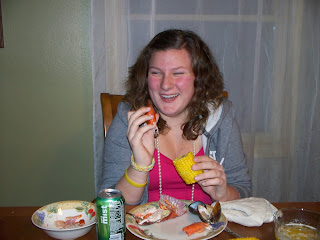 We put a good dent in it. 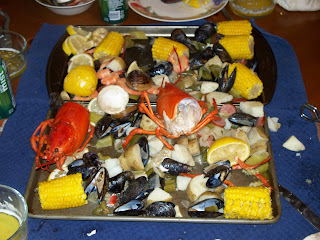 We had a really nice dinner. Fun too!!!!Happy New Year Everyone
Posted by Bushman at 8:29 AM
Email ThisBlogThis!Share to TwitterShare to FacebookShare to Pinterest