Well ok it was yesterday.
However in the JWB manual for life it states on page 32, paragraph 2,
"calling or wishing well the day after a celebratory event will extend before mentioned event by approxiametley one day and is acceptable for anyone".

We had dinner and cake and ice cream. 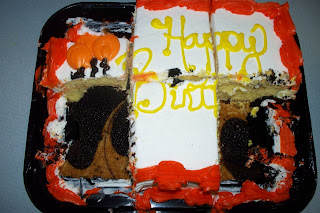 I said we HAD cake.  Guess what?  I will HAD cake later on today too!!
Kaitlin and I processed 8 more quarts of tomatos from my garden.
It is so nice to have a helper.  I dipped them in boiling water and dropped in the ice bath, she peeled and quartered them and then I filled the jars and so on.
We did about 5 quarts of salsa on Sunday as well which turned out really good.
So the running total of canned goods is at 13 quarts and one half pint. 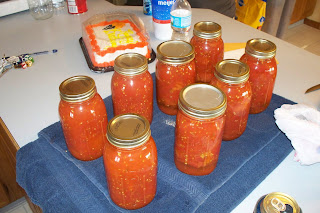 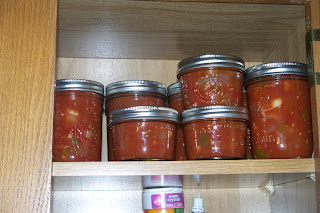 I even got a card from my Big Brown Dog, Gunner. 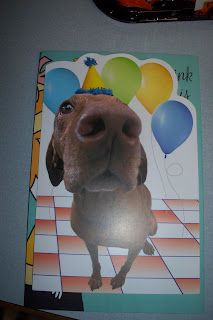 Here is one from the family 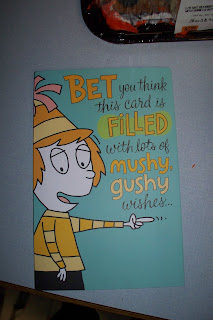 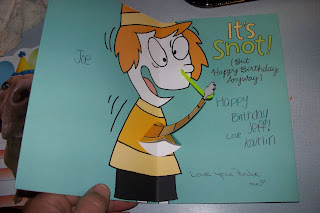 I recieved a beautiful Orchid for a present.
(Though not the golf cart I was hoping for)
I will get some pictures of that later when the light is better.
It has a dozen flowers on it.
Now it's off to the hospital with my bride.
She is having surgery today.
For what you ask?
Check back later and I will let you know.
Posted by Bushman at 6:07 AM
Email ThisBlogThis!Share to TwitterShare to FacebookShare to Pinterest