My Top Ten and Did the Calf Make It?

Well it appears that most of my blog cohorts are weekday posters and I am a weekend poster. (my weekend starts on Thursday)  I just spent a considerable amount of time reading and laughing at everyones posts.  This one in particular struck me funny and you should give it a read.  Oilfield Trash over at Make Daddy A Sammich and his take on Nasa's Space Shuttles     Just think of the possibilities of having your own space shuttle.  (Should I capitalize space shuttle?  seems like a lot of money to be using small case)  Next...

I must say it's tough to try and post after reading a lot of blogs because your ideas tend to fade away and you start thinking of everybody else's post.  Gonna have to walk away.  Put down the keyboard and have a beer before someone starts accusing you of piggy backing them.  Hang tight gettin' a beer.

I'm back.  I really did go get one.  Tonight's feature is a Smithwicks.  Reportedly Ireland's oldest ale.  Brewing from way back in 1710.  It is a great beer.  I don't know any Irish folk that actually oh wait yes I do.  Never mind.  If you know any Irish folk ask them if the label on me beer is true.  I be thankin' ya.  Next..

I have this great story from work today.  It's a bit grotesque but hang in there I'll keep it fairly clean.
So were sitting there at lunch discussing all the important things in life like...The Redwings, fishing, hunting, beer, liquor, dogs, beer, food, horse racing (not really) more beer and occasionally dirty things.  Hey I said I was gonna keep it clean so use your own imagination.  I can't do all the work.  There is 4 of us sitting there when 'ol Jethro (Eric) appears.  He was out early from the defense vehicle plant and stopped to say whad up.
Porkchop asks him how his cows are doing? (Duh we call him Jethro)  he proceeds to tell us that, "ol Bessie  got preggers and she done had a stillborn calf and it wouldn't come out.  So he had to wait a couple weeks and finally the Dr come by and shooted her up wit dis needle thing and she started bellering and hollering and nex thing ya know there was dis head and foot coming out the back side of 'ol Bessie and it weren't looking real good.  The smell was sumpin awful.  We tied up a rope on that there dead calf's neck and started pulling.  The meat was all rotted off the head and you could hear them bones a crackin'.  We pulled on that rope till that dead un fell out and hit the ground with a sloppy thud.  I was gagging and losin' ma lunch cuz I ain't never smelled no stuff like that there.  That thing's back legs was all rotted and no meat",  and on and on and on it went.

So were all sitting there and half gagging with him as he tells his story and when he finishes and the last of our retching sounds and the oh my gosh comments are over, our plumbing department leader Tony looks up out of his daze square at Jethro and asks him, with all sincerity, " Did the calf make it?"
Now I know you weren't there but this story went on for about 3 minutes and was loud and we were all ohhong and ahhing and gagging.  There was no way in hell he didn't....well whatever it was flat out crazy.  So for the rest of the day whenever we were around one of the lunch group the question was, " Did the calf make it?"  Next....

So for an update on the house.........The selling bank has the permit for the septic replacement.  Apparently they have to give it to the county (which is where the damn thing came from) and the county will have an engineer draw up the plans for the new system and it's location.  Then I have to review the blueprint and OK it.  Then they will get bids and ultimately replace the system.  Our new closing date is April 26th. (extended)
This is what the selling bank asked for.  I don't think they can get er done in that time frame.  The original was April 11th.  So I don't know about you but I work hand in hand with a bunch of engineers and nothing comes quick.  At least where I work.  So I'll probably have to fight with the landlord over May rent.  Pay the whole thing?  Pay half? Day by Day? Weekly?  It's not his fault and I don't want to screw him over but I don't want to pay anymore than I have to.
I did not want to be here in May.  There was a fighting chance that I would be able to get a garden in the ground at the new place but now......whatever life's a bitch but I deal with it.  I'm in it to win like Yzerman, can drink about 15 Heineken!!!  Next....

I've been gone all week I have plenty to talk about.  Problem is most of it just flat out sucks.  Let me do it Bruce style  with a bit of change so I don't word for word the poor guy!

#1 New bonus program at work. (see video of horse having sex with woman)

#4 Price of gas up to $5 a gallon (thank goodness I only live..who the frick cares $5bucks a gallon?)

#7 Had to start digging in packed boxes to find things I need ( Stupid, Stupid overzealous me)

Thanks to Bruce for letting me steal his line up thinga ma jig.  Actually I didn't ask but I gave credit so I'm sure were good.

Simple is as Simple does!!

Lets not forget a couple pictures. 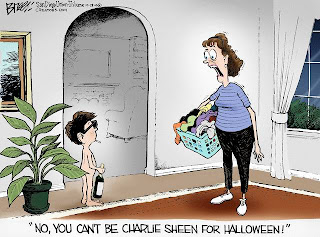 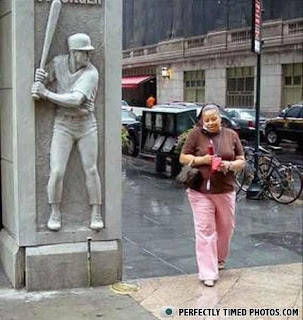 Is that Stephen King?  I'm sure of it.  No wonder why he could write the greatest horror stories ever! 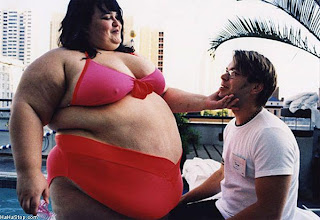 Why I don't play tennis  (TFG) 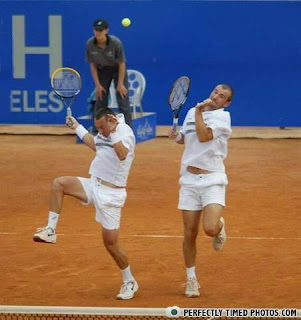 Posted by Bushman at 6:54 PM
Email ThisBlogThis!Share to TwitterShare to FacebookShare to Pinterest