Good morning fellow humankind and you too Tucker!
Not much this morning.  Woke up to a beautiful sunrise which has all been filled with clouds now but have a look.... 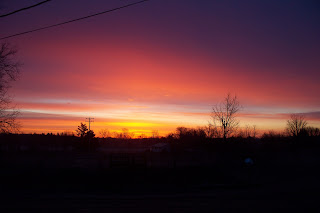 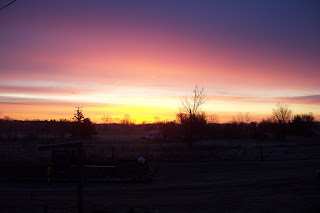 It was a little chilly outside but not too bad about 28 degrees.  The dogs wanted to run a bit and stretch their sleepy muscles so I threw the ball for a bit.  Just a bit like I said it was 28. 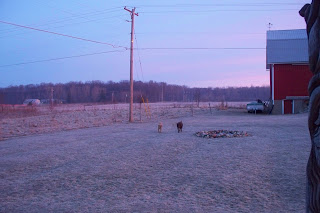 Attending a birthday party for the Mother in Law today.  She is 60.  Happy Birthday Rose.
Their is about 30 or so people attending and I am making a pork tenderloin dish while my sister in law is making lasagna.  I thought I would pair the tenderloin with her lasagna by giving it some Italian subtleties.
I am going to rub it down (giggity) with roasted garlic and crust it with pepper and rosemary and grill them.  Then I am going to make a balsamic and BBQ reduction to sauce it with.  Should be yummy.

For the rest of the morning I need to plan my meals for the rest of the week so I can do some grocery shopping.  Our oven just broke and the bake part doesn't work only the broil so I have to work around that.
Then it's back to work Monday.  6:00-4:15.

What do I do for a living?  I'll show you.
I build custom firetrucks.  Our company builds the cab and chassis part and then they go all over the world to have their bodies installed.  Everything from an ambulance style for Miami Dade Fire Department, a pumper truck for Chicago FD or a giant ladder truck for Minneapolis.  We ship anywhere from China, Canada, South America, Germany to every state in the US including Hawaii.
My part includes leading a crew of people in
Building the engines 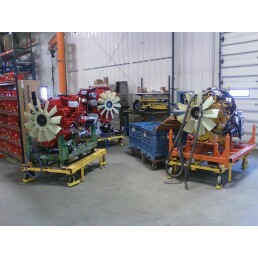 Building up the radiators 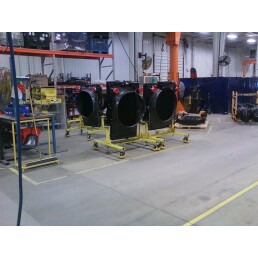 Installing the engines and the radiators in the chassis 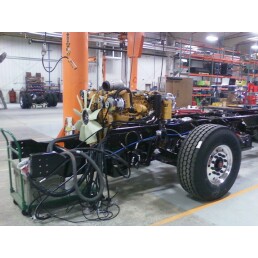 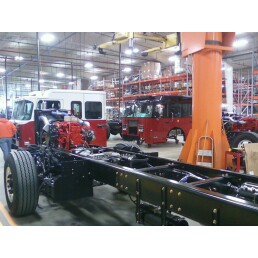 I also am in charge of installing the transmission cooling package as well as the exhaust systems.
Our new 2010 emissions package leaves almost a zero carbon footprint.  Very advanced.
Last but not least I oversee the pairing of cab to chassis.  We have people come from all over to watch their cab being set on their chassis.  I love watching them stand there and take pictures an ooo and ahhh over their new fire truck. 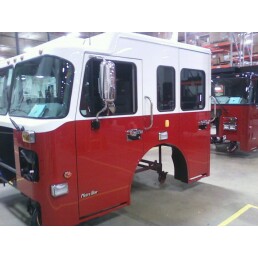 So that's what I do for a living.  It's a great job and I'm pretty proud of it!!
http://www.spartanchassis.com
Check us out on the web.  We not only build firetrucks but defense vehicles, motor home chassis and much more.
Posted by Bushman at 8:26 AM
Email ThisBlogThis!Share to TwitterShare to FacebookShare to Pinterest