Good morning and welcome to Sunday Salutations where most everything is boring and causes sharp pains to course up and down your sciatica.  Oh wait a minute that's my computer chair!

I woke up this morning a bit stiff.......wait for it.....no really I'm too old for that now.  This was from moving a few things out of the barn and the wood shop yesterday.

I was able to drag the duck boat out of the barn (which called for unloading giant bags of goose and duck decoys from it) and flip it upside down on top of the camper.  Then I filled the back of the truck with all the decoys and some other misc. hunting equipment.  All of this went to my friend Mike's house who happens to live about 4 miles down the road from my new house.  I didn't realize the houses were that close.

After that my other friend Tony dropped off a trailer next to the wood shop and told me to fill it and call him when it was full and he would tow it over to Mike's house for me.  So I did and he did.  He wouldn't let me give him any gas money.  He said just buy a six pack when were done.  I did.  We drank it.

So now the only things I have left outside of the house are my smoker and one work bench.
I have some other things but they are either getting burned, given away or junked.

It really lifted my spirits having a couple friends step up to the plate when your in the shit.  It really shows who your real friends are.

Today the skies are blue and I feel good.  Jesus didn't show up at the house last night and by no means am I mocking him or his buds.  I think he's probably a bit busy right now and doesn't have time for earth ending activities.  Fine by me.
Did I think the rapture was coming yesterday?  No not really.  Did I poke fun at it.  Heck no I'm way too superstitious for crap like that.  Sometimes my knuckles are all bruised from so much knocking on wood.
(insert hairy masturbatory joke here)
The way I see it is ages ago people were killing the shit out of each other.  Death,murder and torture were a way of life, disease was rampant, children were forced to work in factories, people threw their poop in the street for Pete's sake.  (don't ask what Pete has to do with it)
I'm not saying this doesn't happen anymore but it is a far better world then it was back then.  If the rapture and the end of the world was gonna come I would've guessed it would have been in a time like that not this.
Sure were cutting down all the trees and polluting the oceans but were doing less of that now.   Our world is on the turn around ( I believe).  We'll be alright.  We should just try a little harder.  Be a little greener.  Be just a bit more friendly.  Start a new political party called the Republicrats.  They take care of the grass on both sides of the fence and maybe if were lucky run the weed whipper as well.

So I wonder just how busy was Branson Missouri anyways?  We used to have some neighbors that were pretty religious and they moved to Branson back in the 80's because that is where the rapture was going to start and they wanted to be first.  Good luck old neighbors.

So anyways I was sitting here typing and I looked down and a noticed something stuck under the keyboard and I pulled it out.  My keno "notes".  Hah it's the gift that keeps on giving.

As momma and I were at the table having dinner the other night and waiting for her friends to show up somehow we ended up talking about sex or golf or perhaps it was a combination of the two.
So I opened up my big mouth and said, "Golf is like sex, you don't have to be good at it to enjoy it".
She immediately responds (cunning little byatch), " Yeah but it would be nice if you could hit par once in awhile".  Ouch!  Of course it stung a bit but she can't hold a candle to my sharp wit and dirty perverted mind so I calmly responded, "I could if the damn greens weren't all dried up."  (Rim shot)

So I was gonna rent a movie but it looks like Harry Potter and the Bucket of KFC was already taken! 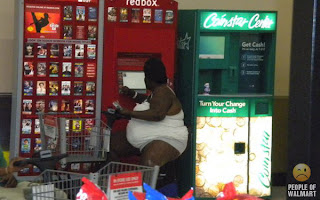 Later folks!
Posted by Bushman at 7:25 AM
Email ThisBlogThis!Share to TwitterShare to FacebookShare to Pinterest