Thirsty Thursday and My Top Ten

Hello and welcome again to Thirsty Thursday and My Top Ten.

First off thank you Oil for my new awards:
I will deal with these on my Friday or Saturday post. 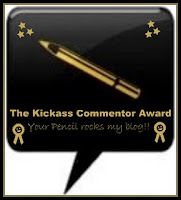 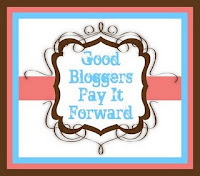 Today I pulled the funniest prank all year!  Well I don't know if it was so much of a prank as a mind grenade.
It went something like this:
I call my wife everyday at lunch.  We catch up on schedules, games, dinner, needs, wants and occasionally she bitches at me.  Duhhh I said wife didn't I?
Anyways she tells me not to bother calling her on her cell phone because she let Baby Joe Joe take it because his was water damaged or non functioning I didn't really hear that part because I was already scheming.  I told her of my disastrous plans and she insisted that I did not follow through with the before mentioned ideas under penalty of no sex.....duhhh I said wife....what kind of threat is that?
I quickly told her I was losing signal and did the whole eh ..uh..bit...kin...home thing with the phone as she threatened me through the ear piece.  beep.  I hung up on her.  I lost signal.

I then proceeded to my text messaging file wherein I created a message that went exactly like this....

Hey baby!  No kids tonight.  Do you wanna get kinky?  Perhaps we can do the whole Dr. Nurse thing again.

My finger hovered over the send button just as Bill Clinton would hover over his Big Mac and amidst the threats of celibacy I just couldn't help myself.  Beep.

Done.  I giggled.  The I laughed.  Then I ran over to my co workers and spread the joy!  Oh what fun!
I can just see the look on Baby Joe Joe's face.

Wasn't long after that I received a text from wife's phone saying, "Jeff this is Joe".   I sent back a simple "oops!" and left it at that.   Few minutes later I get the " ha ha, you thought I was Mom and you didn't know I had her phone Ha ha".   Plan executed.  He has no idea I did that on purpose and now I can embarrass the hell out of him whenever I get the chance.  I'll have plenty of time seeings I won't be having sex any time soon!  Oh Dr!

On to the Thirsty part of this Thursday post.
Today my beer of choice is.....Home brewed unfiltered wheat beer!  Given to me from a friend at work.  He only told me that it is some kind of wheat beer.  I do know it has a very creamy head, a rich golden ruby color and is very cloudy.  The taste I would say is reminiscent of something like a Sam Adams Irish Red with great after notes of hops.  I'm not sure about the whole wheat thing.  I don't detect any wheat.  However I really like the beer.  He doesn't like it.  Win Win!  (I also have a back up of Leinenkugels 1888 Bock which is my all time favorite.  The local IGA still has it in stock even though it is seasonal. )

Now for my Top Ten.  The good and the bad from my week you decide which is which!

#1  Waiting on one more bid for the septic replacement.  (then they send to the bank for approval)
#2  I received two more awards this week from Oil Field Trash at Make Daddy A Sammich
#3  It finally quit raining   ( I was almost done with the ark too)
#4  My perennials are popping up nicely, hostas, astilbes, heliopsis etc..(too bad I'm digging them up and
taking them with me when I move)
#5  I dug my Davey Dukes out of the closet  (they used to fit regular...but now I'm a fatty)
#6  Baby Joe Joe has a girlfriend   (time for the condom speech)
#7  Kaitlin has a boyfriend   (I'll kill her)
#8  Looks as if work schedule is picking back up late July   (nice easy summer for awhile)
#9  Morel mushroom season is in full swing here in Michigan.  (there is a fungus among us)
#10 We had Ethics training at work today.   ( I heard ethnics training so I wore my tribal colors for nothing)


That's all I have for now.  I am working on an award to give out.  A brand new one that no one has seen.  A pure mockery of this Thursday post.  I can be bribed with comments you know!

May the sun always shine on you....as long as your standing next to me!

-Bushman
Posted by Bushman at 5:22 PM
Email ThisBlogThis!Share to TwitterShare to FacebookShare to Pinterest