Yesterday was fun!
Beer is fun.  I did not drink much beer yesterday.
Is this an oxymoron or just a contradiction.
Perhaps I'm just going senile although I've never been to Africa to see the Nile.

I mowed the lawn here and at the landlords. (It's part of the deal for the tractor)
I also picked up the new bumper for my car.  They were supposed to have the headlight mounting panel but didn't.  So I still need to have the headlight panel and a new hood then it will be like new again.
Of course I will also need new tires and brakes as well as a left front strut.  What do ya expect it's 11 yrs old.  But no payment and that's the way I like it!

I didn't have much to post on today so I thought I would do something different with some older pictures.
Enjoy!!
This little guy became a member of our family almost 3 yrs ago. Little did I know the impact he would make! 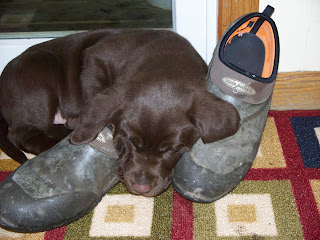 I came home from work one day and caught him dancing with my beautiful wife! 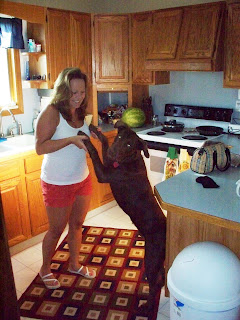 When he finished his dance he ran out the door to his get away vehicle.  Looks like he had an accomplice 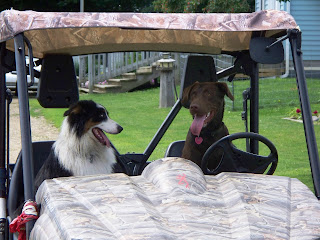 Not long after that we added another member to our family. Don't ever double dog dare me! 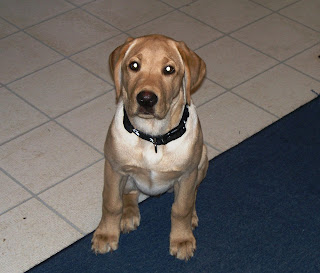 So these two mutts become pretty good friends. Not long after that I found them cuddling with my gorgeous, young daughter. These two are unstoppable! 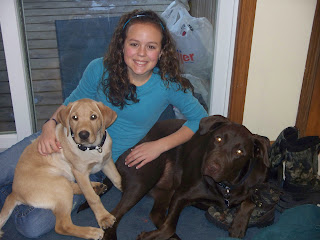 Well you know how it is with women. Wasn't very long and they were fighting over them. 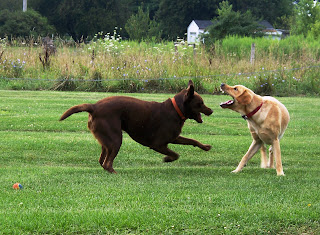 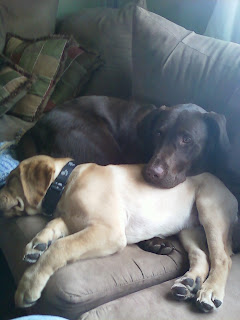 It seems as though they have overcome their differences and now are pretty much inseparable. 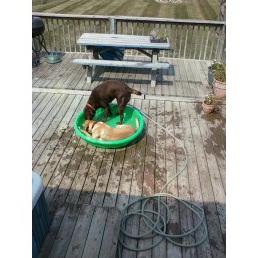 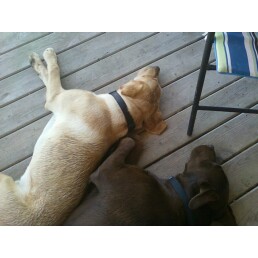 They even fetch the same retrieving toy. Literally 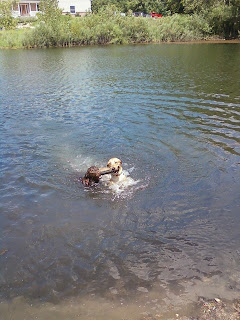 Gunner still loves the girls though. 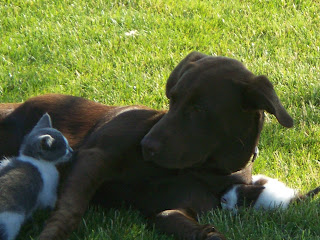 These two truly are the gift that keeps giving! 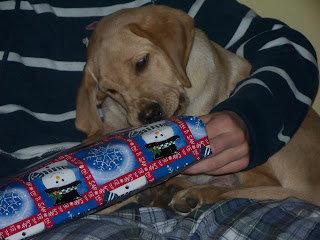 Have a great and safe weekend!

Posted by Bushman at 7:57 AM
Email ThisBlogThis!Share to TwitterShare to FacebookShare to Pinterest