Today's Post is brought to you by the Letter H

Hi and welcome back to the challenge!  It was nice to have a day off although I did do a little blogging.
Momma and I finished up our wood fence for the garden on Saturday and paid for it on Sunday.  1000 mg of ibuprofen for the back ache and the headache (too many beers) should help. 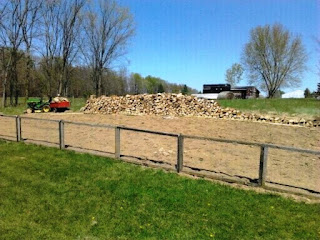 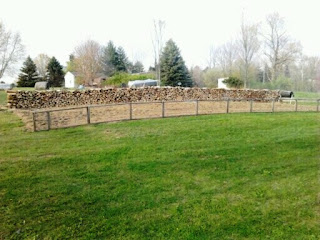 Anyways on to H.
Have I told you the story of my collection hobby when I was in junior high?
I liked to collect things.  Not the best hobby I ever had and I will admit it was very short lived.
I had this friend, we'll call him Jack, mainly because that was his name but also it is a good story name.
Jack liked to live on the wild side.  Theft, murder and the sort. (Murder was directed at frogs and turtles mainly but spears and firecrackers could be considered murder)  Of course being the easily led into mischief boy that I was, I naturally fell into the role of sidekick.  Many amphibians and reptiles met their fate at the end of our frog spears (which were hidden in the vacant lot so our parents didn't know, hey we weren't that tough).  We were a strange lot and that said did, some strange things.  Riding our bikes up to K-mart and once inside pocketing tins of smoked oysters and sardines.  Safely outside we would use the little tin keys to open them up and then flip a coin to see who was going to go back inside and steal a fork.  I believe we may have had a role in the demise of the K-mart corporation.  The money they lost on oysters, sardines and forks must have taken their toll and not even the blue light special could have saved them.
Of course as I sit here and reminisce I firmly believe that none of this was at all of my doing and I was coerced into everything by the evil Jack!  Now that the statute of limitations have run out I can finally get that off my conscience.  Sorry K-mart.
So bored of our petty thievery at the local stores we (I mean jack) decided to up our game a bit.  At night we would sneak out of the house and peruse the local  neighborhoods and apartment complexes for trinkets and tidbits that no one would really miss.  This went on for quite some time. (a week)
Laying in bed one night there was a knock at the door.  It was a school night and around 9pm.  My Father was tucked into the couch with a bowl of popcorn and most assuredly watching an episode of Dallas or Falcon Crest and rest your soul JR is not dead.  The next thing I hear is a lot of yelling and some angry folks.  I had no idea what they were saying but it didn't sound good.  Turns out someone had snitched on us and this gentlemen (no gentle in him really) wanted some retribution.  So in the end I learned that a boy in the 8th grade can still get an ass whipping by his Father and I also learned it was not a good idea to steal...........
HOOD ORNAMENTS
(Jack apparently needed another lesson because upon stealing a big Dodge Ram head off of a pick up it broke loose suddenly and smashed all his front teeth to smithereens)

Posted by Bushman at 5:04 AM
Email ThisBlogThis!Share to TwitterShare to FacebookShare to Pinterest