Requesting 32 hours in a day please!

Rain?  Are you kidding me?

It's 4:30 AM on a Sunday morning and I'm clumsily punching the button on the Kuerig that says brew.  The big cup.
Crunch!  WTF? Aluminum foil?  Oh crap someone got in the trash last night.  Damn dogs anyways.  I wish they would clean up their mess.
Down stairs we go.  Food, water, pee!
Hubba hears us from inside his coop and starts roostering in the dark.  "Shut up stupid", I tell him.  He doesn't listen.

I look up, peering at the dark morning sky, searching for stars.  My weather indicator for the morning.  I see nothing but black and a little more black.  Damn I hope it doesn't rain.

Back inside I settle on the couch with my cuppa and laptop.  First stop, weather and its radar.
"Shit", I tell the dogs, who have almost returned to a full state of sleep.  Remmi, on his back with all four legs up in the air, jerking every so often while his nose twitches.  No doubt dreaming of chasing the Frisbee, a new found love, or his beloved ball.  Gunner curled up into a tiny ball (amazing how a 108 lb dog can curl up so tight) and snoring while emitting the softest little farts.  I shake my head at them.  "You guys suck", I whisper.  They don't seem to notice.
Radar shows the rain is going to start any minute now.  I hoist myself up off the couch, coffee in hand, I head back downstairs.
I am right in the middle of 30 or 40 different projects and the unexpected rain has caught me off guard.

Friday I started chicken coop renovations.  Trying to get ready for winter.  I needed to build some nest boxes, enlarge the pen and build a new water and food system so I don't have frozen watering devices when it gets cold.  Part of the process was to clean and organize the shed.  I had moved the tractor outside to do so and it was still there.  I never leave my tractor out but for this instance I needed the room and I wasn't done with my coop upgrade.  So out into the dark I went with a tarp to cover the old John Deere up.  As I emerged from the garage it was just beginning to sprinkle.  "Good timing", I thought to myself.

Then I noticed another project that I had left unfinished. (surprise).  Once I had finished working on the coop for the day I needed to cut up some wood that had been piled up on my back property line.  I already had the tractor out so I hitched up the trailer, grabbed my saw and headed for the wood pile.  I was able to stock my campfire rack full of wood and the rest of it I stockpiled under the deck on the patio.  This is one of my projects that is almost finished.  I have been moving a supply of firewood close to the house for use during the snowy winter months.  This way I don't have to carry wood from the main stack when the weather is crap.  Plus it stays clean and dry.  Of course the pile I stacked under the deck that day was left uncovered and guess what?  It's raining.  So back into the garage I go for another tarp.  Now that things are secure outside I head back into the house.

Mmmmm.....smells good in here.    I know what your thinking.  Why would my house smell good at 5 in the morning.  It's because of another project I started and didn't get to finish.  Yesterday morning I took a stroll through the garden and was astounded by the amount of vegetables that were ready to be picked.  I wasn't planning on doing anything that day that involved food but hey it's me!  I do a lot of unexpected things.  I grabbed up my buckets and bins and set to picking.  I picked around 175 tomatoes (Roma) and a bunch of peppers.  I was going to make BBQ sauce and hot sauce, both from scratch.  Little did I realize how time consuming this was going to be.  I had to run to the store to pick up a few ingredients and when I returned I set to work.  Washing each tomato, dunking them in boiling water and then into ice water, peeling them and squishing all their guts out!  Once all those were done I strained them in a colander and put them in a large pot to simmer.  Then I cut up all the other veg.  Peppers, onions, celery and a host of other seasonings were dumped into the pot with the squashed tomatoes and set to simmer.  Once those were cooked down a bit and all the veg. was soft I ladled it out of the pot and into the food processor.  I pureed the mix and then ran that through a sieve into my slow cooker.  This part sucked.  I really need a food mill.  Eventually I had it all strained.  All of the seeds and missed skins and other bits and pieces were removed and I had a nice smooth mix in the crock pot.  Now I had to reduce the mixture to a thick BBQ sauce texture.  The slow cooker works great for this as it slowly reduces it without constant attention.  That's when I got the call.

We had new tires put on Kaitlin's car Friday and when they did it they apparently damaged a brake line somehow.  Luckily she made it home to her Dad's house OK and the puddle in the driveway was a dead giveaway.  So I had to go to the parts store and get a length of brake line and some unions and such and head over to her Dad's house where he and I successfully changed out a section of her brake line and when bleeding the brakes found out that where I removed the old brake line from a prior union it had obviously twisted enough to cause damage on the opposite side of the union that we had just replaced.

Son-of-a-......now it's too late to go any further.  So I cleaned up and Momma and I headed back into town to purchase another length of brake line and grab dinner.  It was now 8 PM.
We arrived home around 9 or so and of course I had turned off the BBQ sauce before I left because I didn't want to leave it unattended.  Went to bed and when I awoke this morning, turned the sauce back on.
That is why it smells good in the house.  Although BBQ sauce is not my preferred scent of the morning (sausage and pancakes would be better) it still smells good.

Damn rain.  I guess I'll be finishing the brake job in the rain this morning.  Damn unfinished projects.  Not sure I'll get the hot sauce done today either.

So here are a few pics to back my story up.  I don't make everything up, just some things!

These are the first two stacks.  The third, not pictured, is the one I had to cover up. 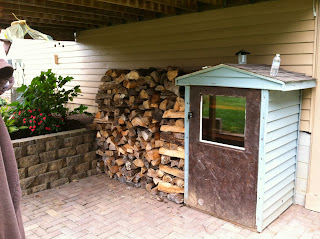 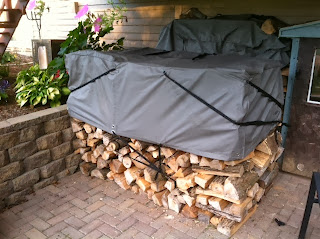 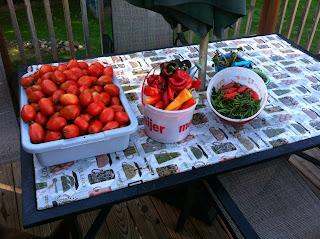 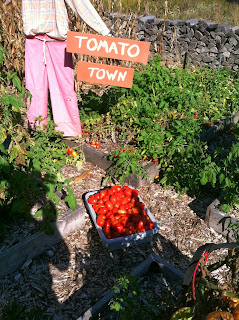 I let Louie and Hubba into the garden for some treats! 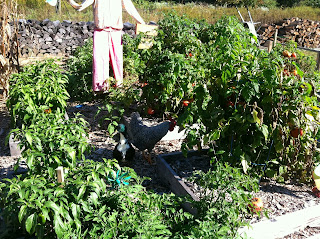 Straining the mixture into the crock pot. 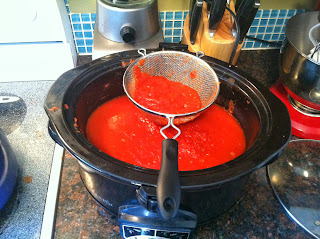 And the brake line.  These are not the fittings I used.  Just because he works at a parts store doesn't mean he knows anything.  You can't fix brake lines safely with compression fittings.  You have to flare the lines and use the correct unions and nuts. 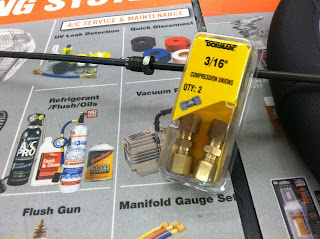 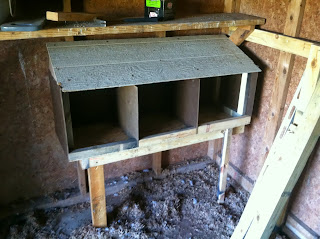 I've been so busy I haven't had time to shave! 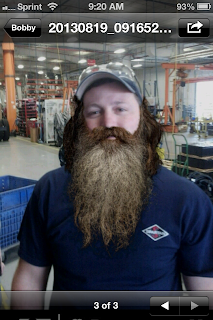 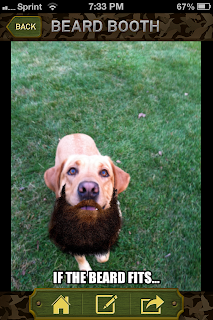 I don't know about you folks but I got stuff to do!

Posted by Bushman at 7:20 AM
Email ThisBlogThis!Share to TwitterShare to FacebookShare to Pinterest