Once more from the top please!

It seems as though I am prone to undertaking things of which I have scant knowledge of therefore leading to a tumultuous grind of research and analysis.

So shall it come to pass.

Once again I find myself entwined in a land that has not been witnessed by my inner cartographer.

This time it is called......snowmobile.

I thought I had it all figured out only to have it die once again.

So I did what I always do.  Start from scratch.

First detail is research.  Countless hours on the internet reading.
Second detail is disassembly.  Removing everything right down to the last screw.
Third detail is cleaning.  I don't like working on dirty things. (Al here is your que)

That is where I am at the moment.

The snowmobile was running like a champ one day and then ka-poot.  The engine was flooding with fuel every time I tried to start it.  I think I may have the problem figured out but in the process a lot of fuel was spilled or leaked into the engine compartment and it needed to be cleaned out.  There was a bunch of debris in there from sitting around for so many years anyways.

I started by removing the carburetor, belt guard and belt.  Next was to remove the exhaust and engine. 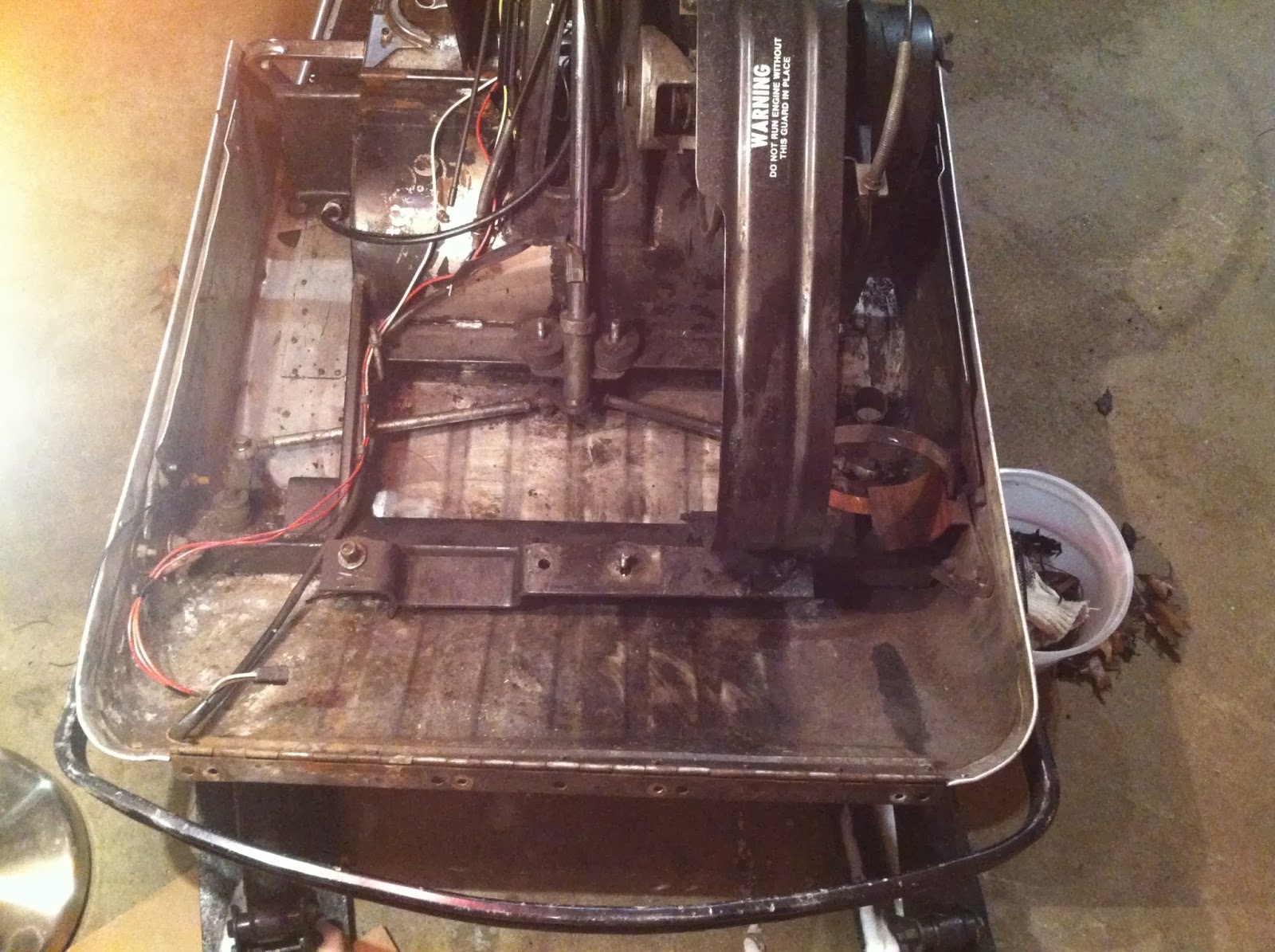 After removing the crankcase plug and impulse line fitting from the engine I was able to tip it on its side and let the excess fuel drain from the crank case.  It's not supposed to have fuel in there and I believe that is my main issue.  I think it happened from loading and unloading into the trailer.  I tipped the sled up really high to get it in the trailer and fuel must've flowed right into the engine and drained into the crank.  Also repeated attempts to start only worsened the condition. 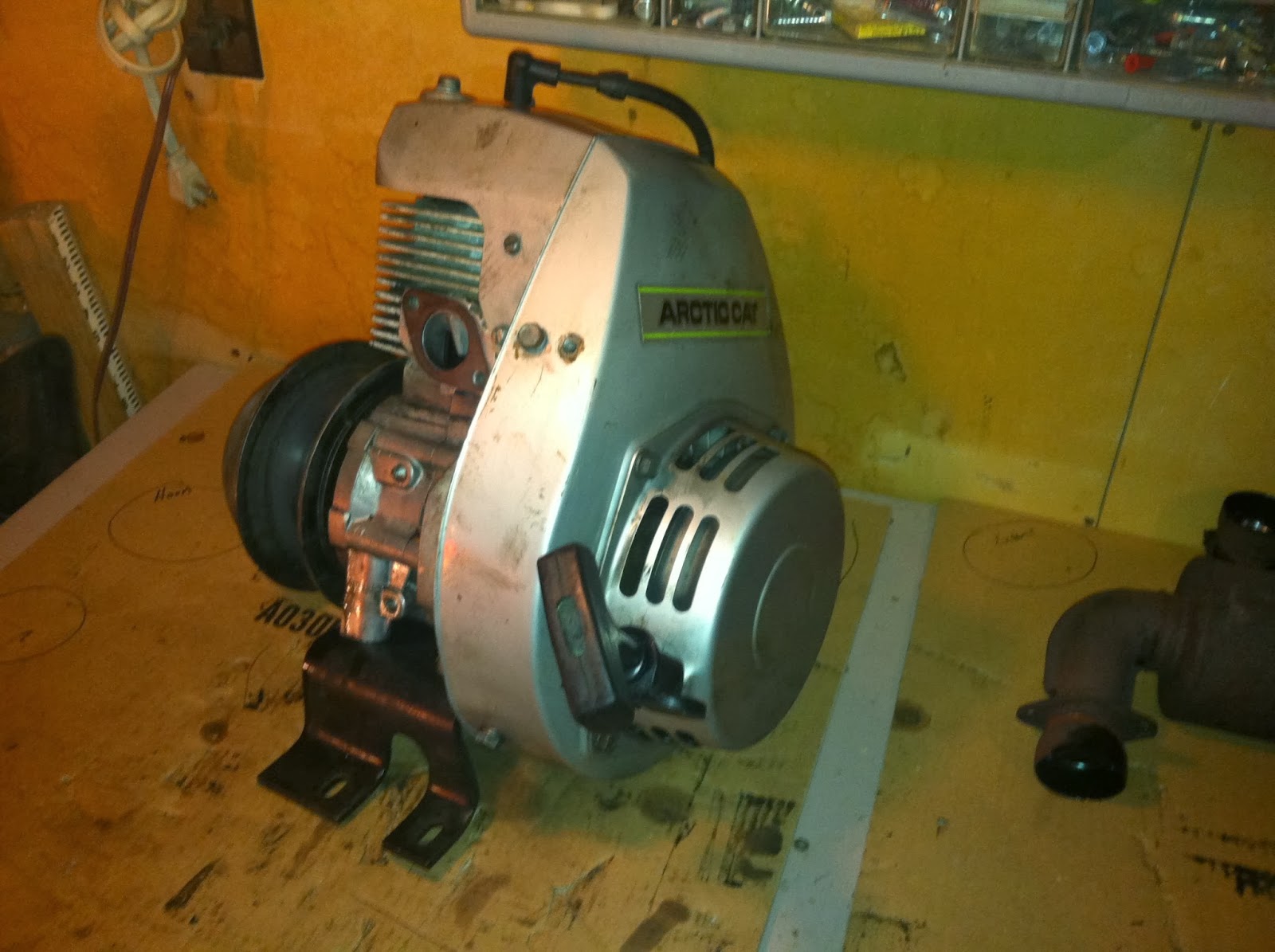 Then while the engine was "drying"out I started to clean all the years of grease and grime and fuel out of the compartment.  Oven cleaner works well.  I couldn't degrease it at the local car wash because it was around 5 below zero at the time.  Got down to 12 below by the end of the night.
Here is the after I also removed the entire dash and cleaned all the wires.

I did test the starter on the engine by removing it from the engine and holding the self grounding bracket to the negative battery terminal and then running a jumper wire to the stud on the starter and touching it to the positive post on battery.  It worked.  So I traced back the wires from the starter solenoid and discovered an inline fuse that was blown.  This could be why I couldn't get the electric start to work.


I took some time and cleaned up the engine.  The exhaust was loose and a lot of grime was covering that side of the engine. 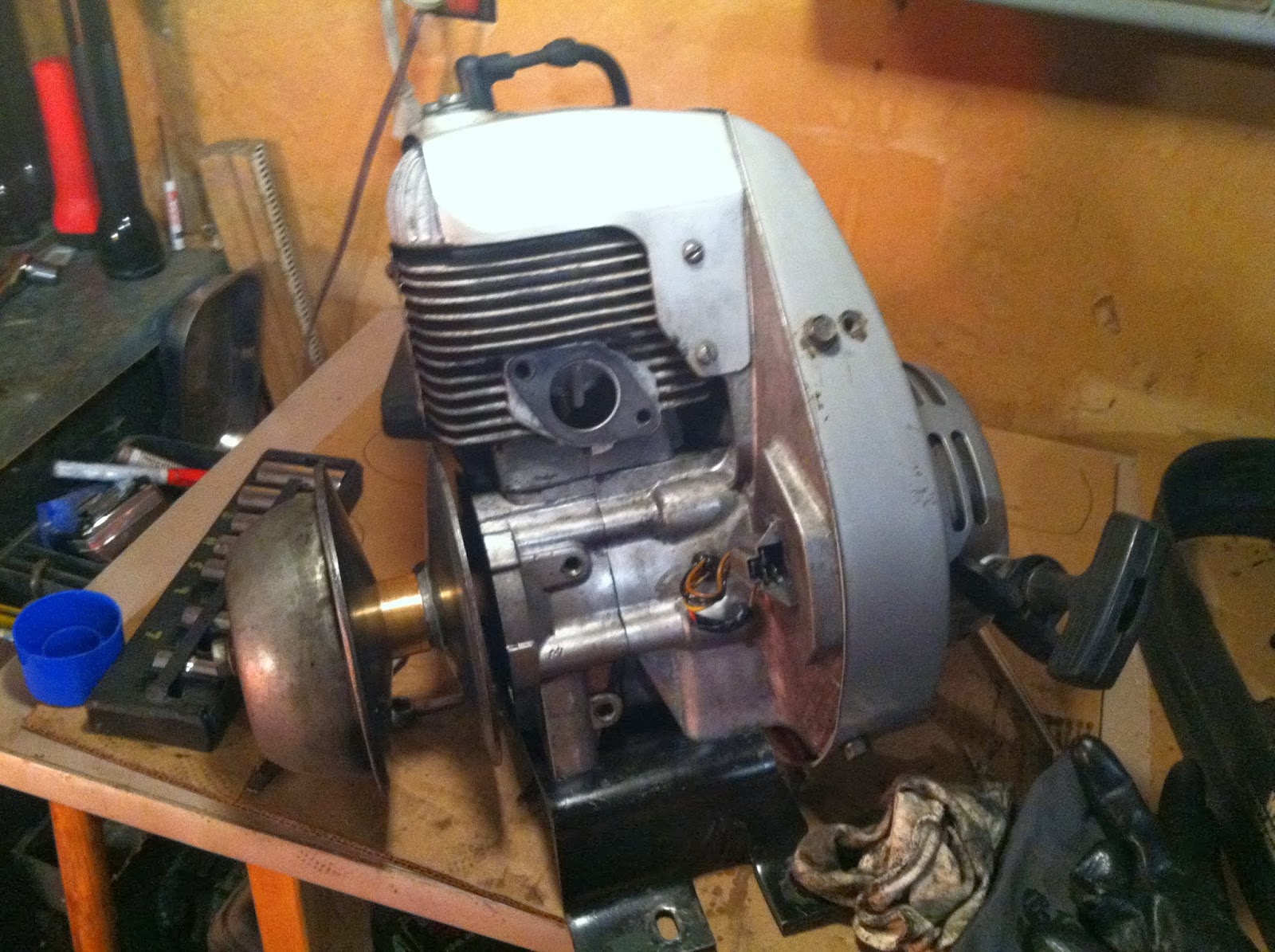 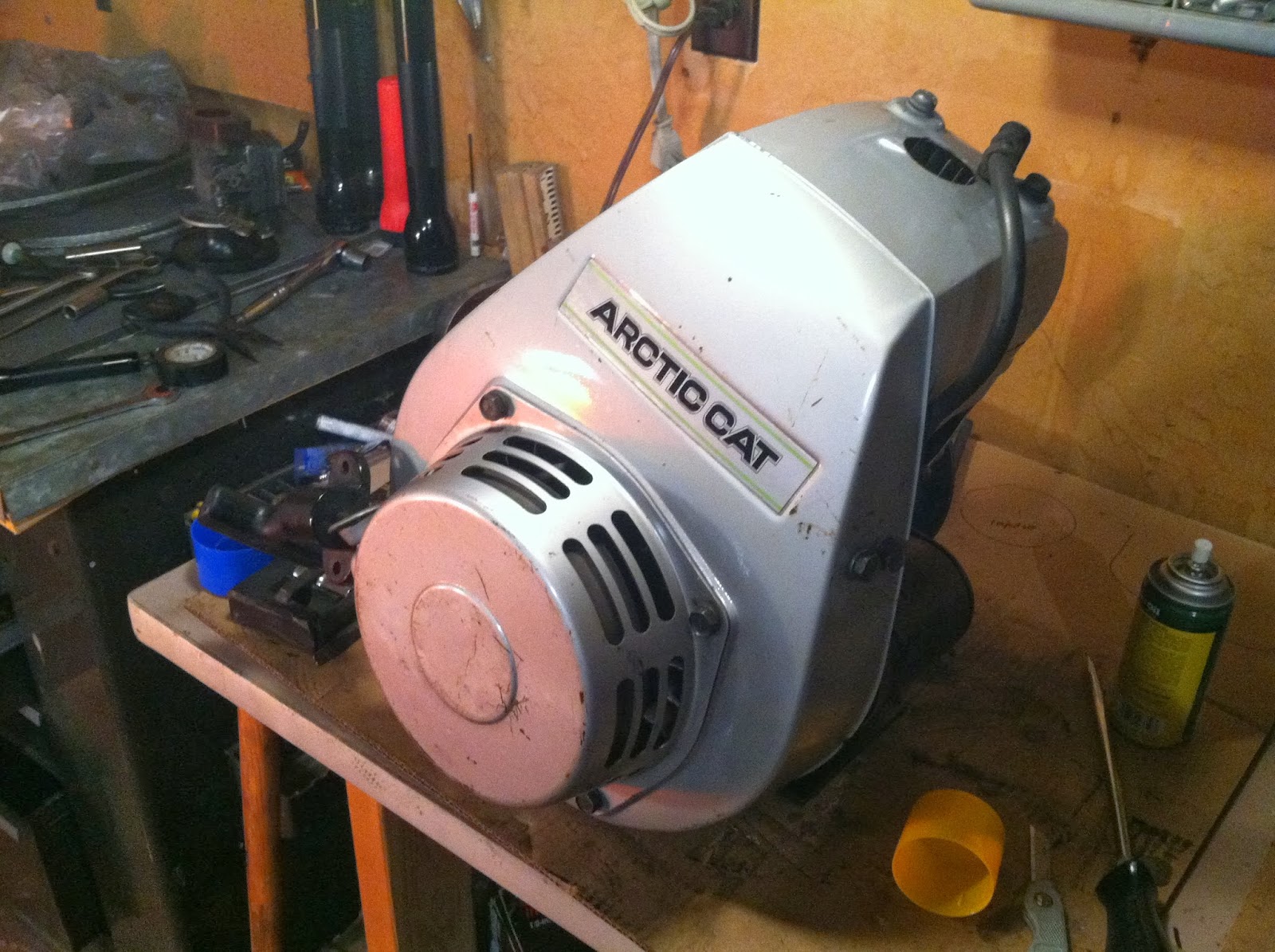 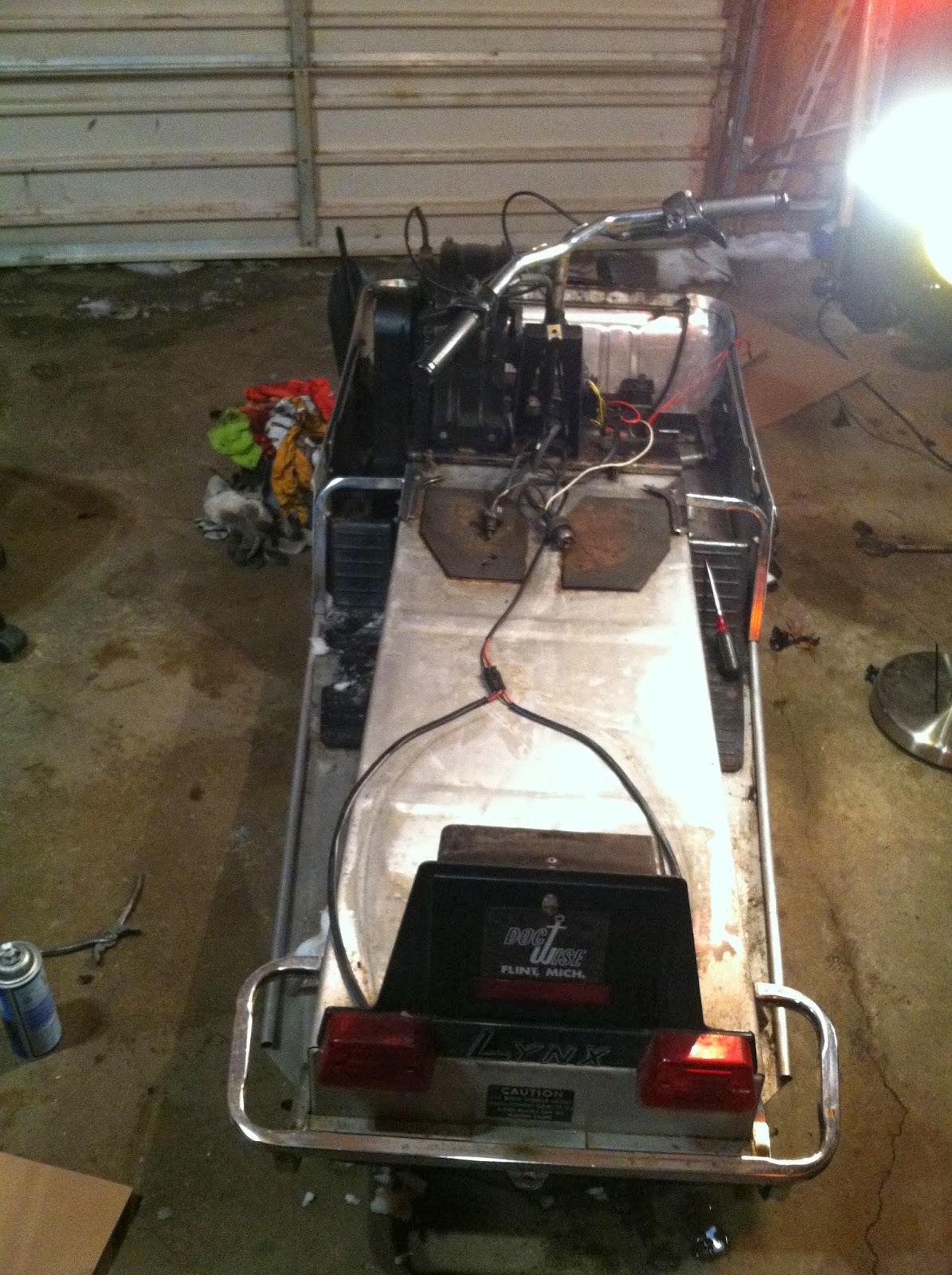 When I took stuff off the sled I placed it on these sheets of cardboard and identified the parts with a sharpie.  That way there is no confusion when reassembling.  There is one circle of parts with a ? on it because I found those pieces laying in the bottom of the engine compartment. 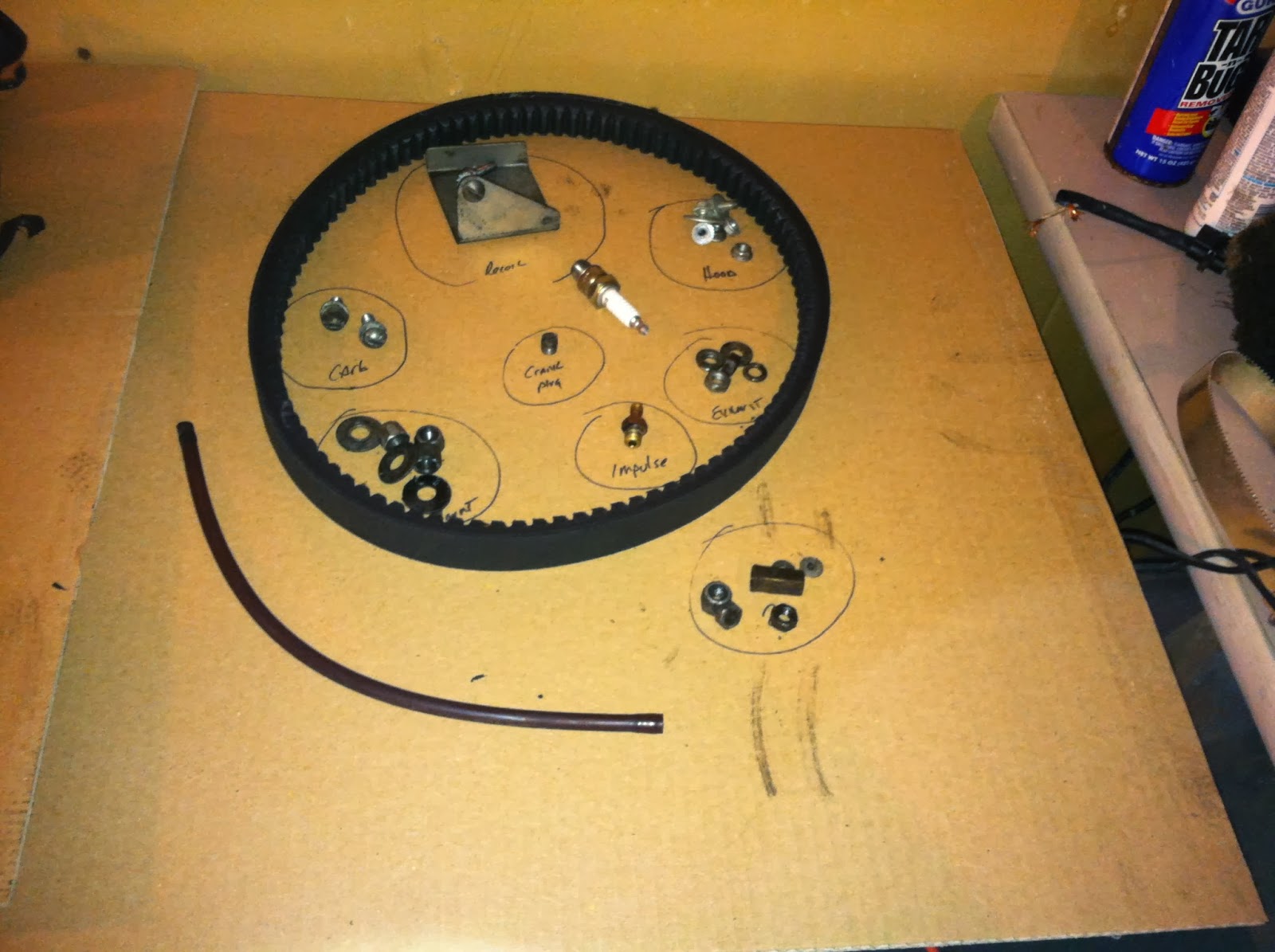 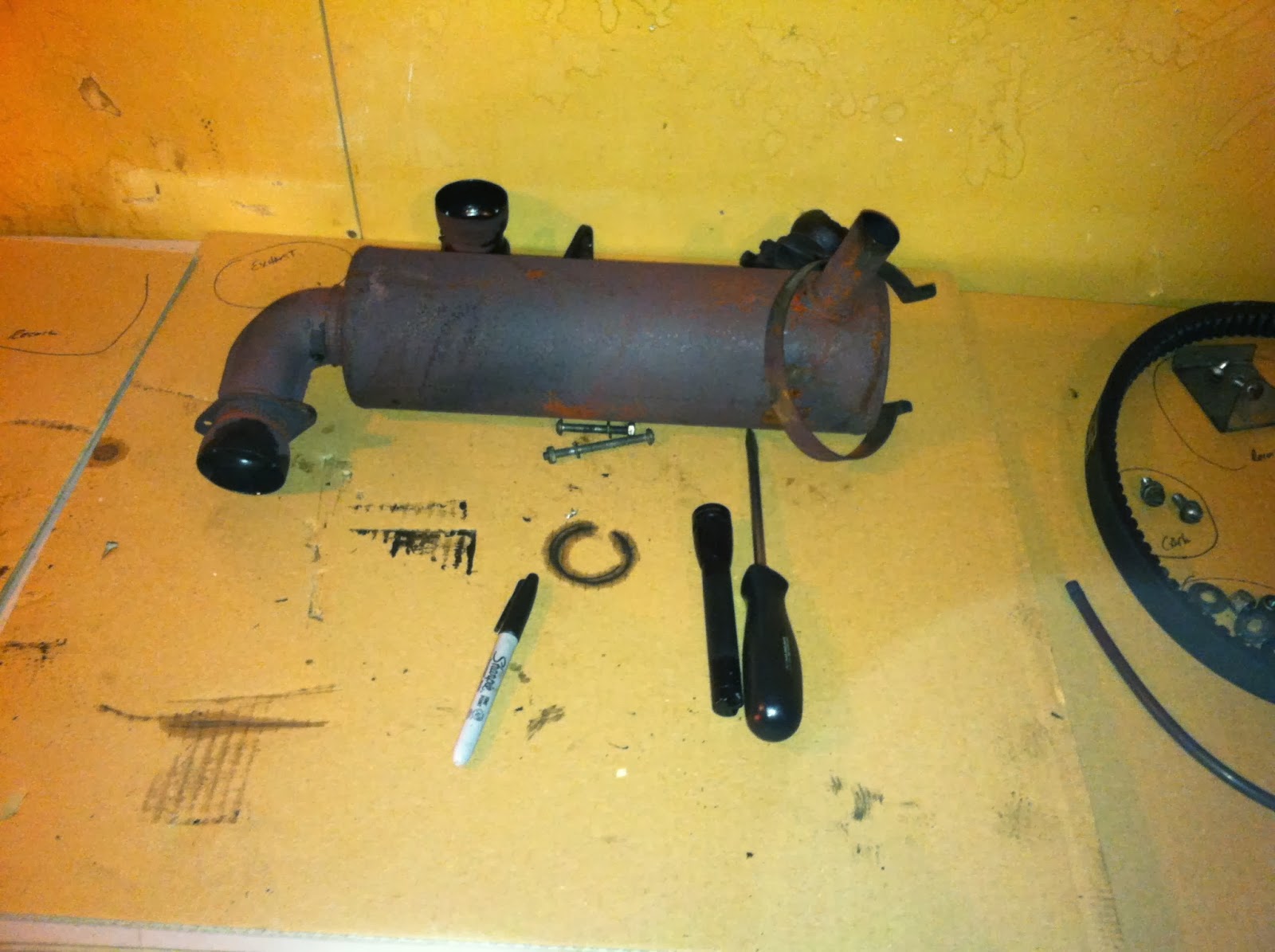 Today I will disassemble the carb and clean it again. After that I will put everything back together again and see what happens.  After all we did just get 16" of fresh snow!

Big storm rolled in and we were inundated with snow.  Then the wind picked up to around 35 and the drifting started.  I have 4 foot piles of snow around the house.  I have shoveled the driveway 4 times already. 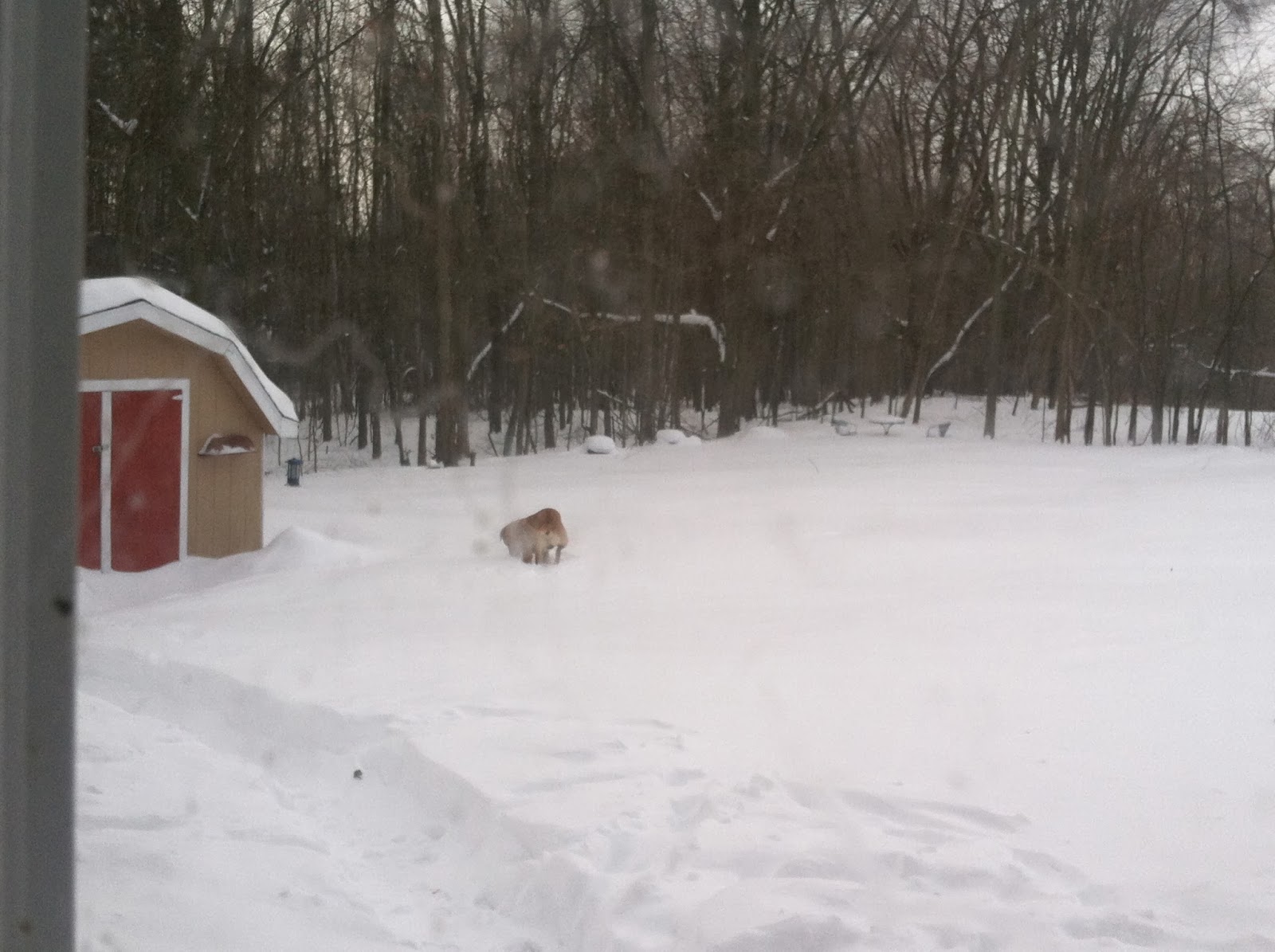 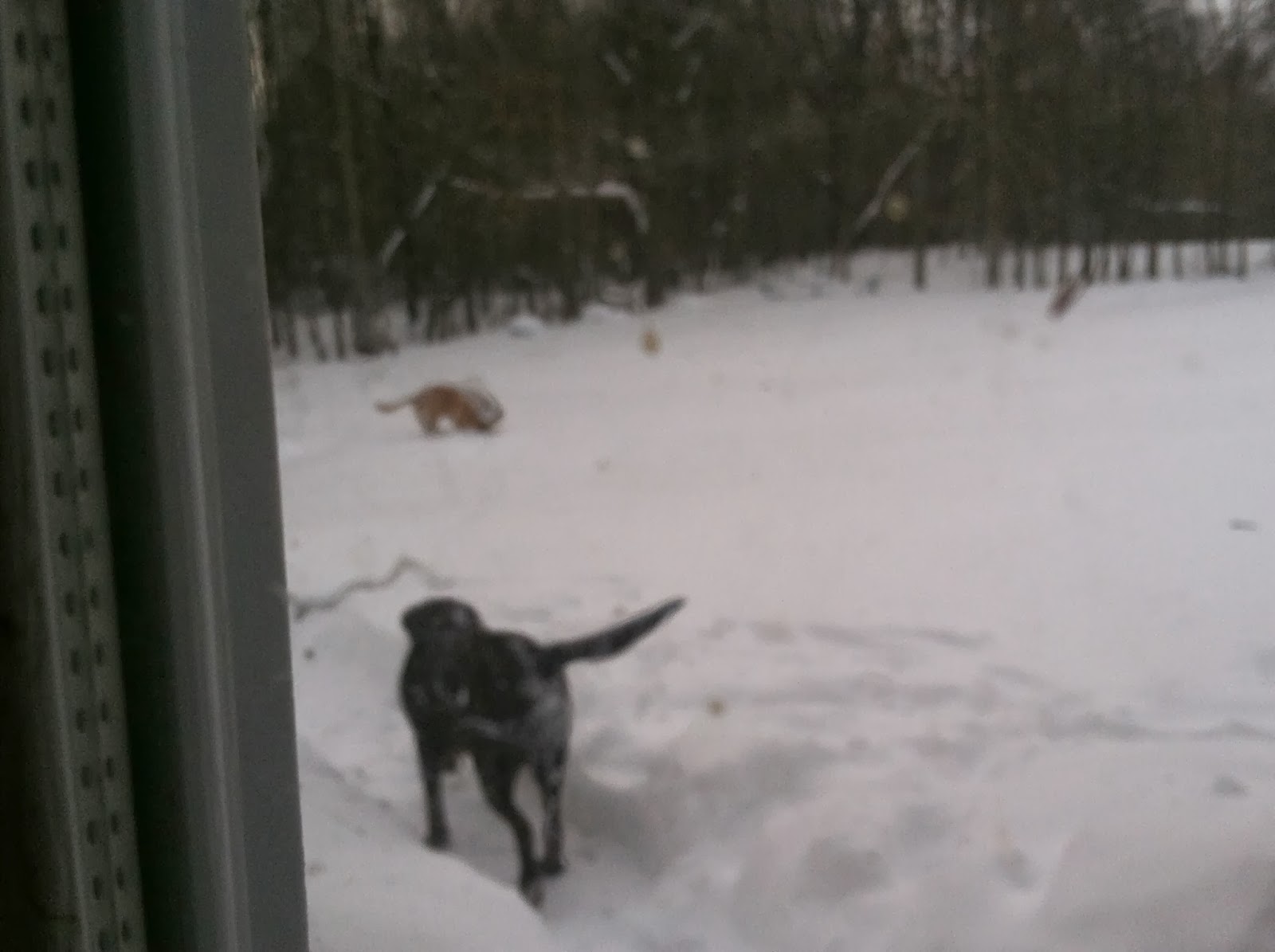 This is the window in my dining room that overlooks my garage.
The roof is about a foot below the bottom of the window. 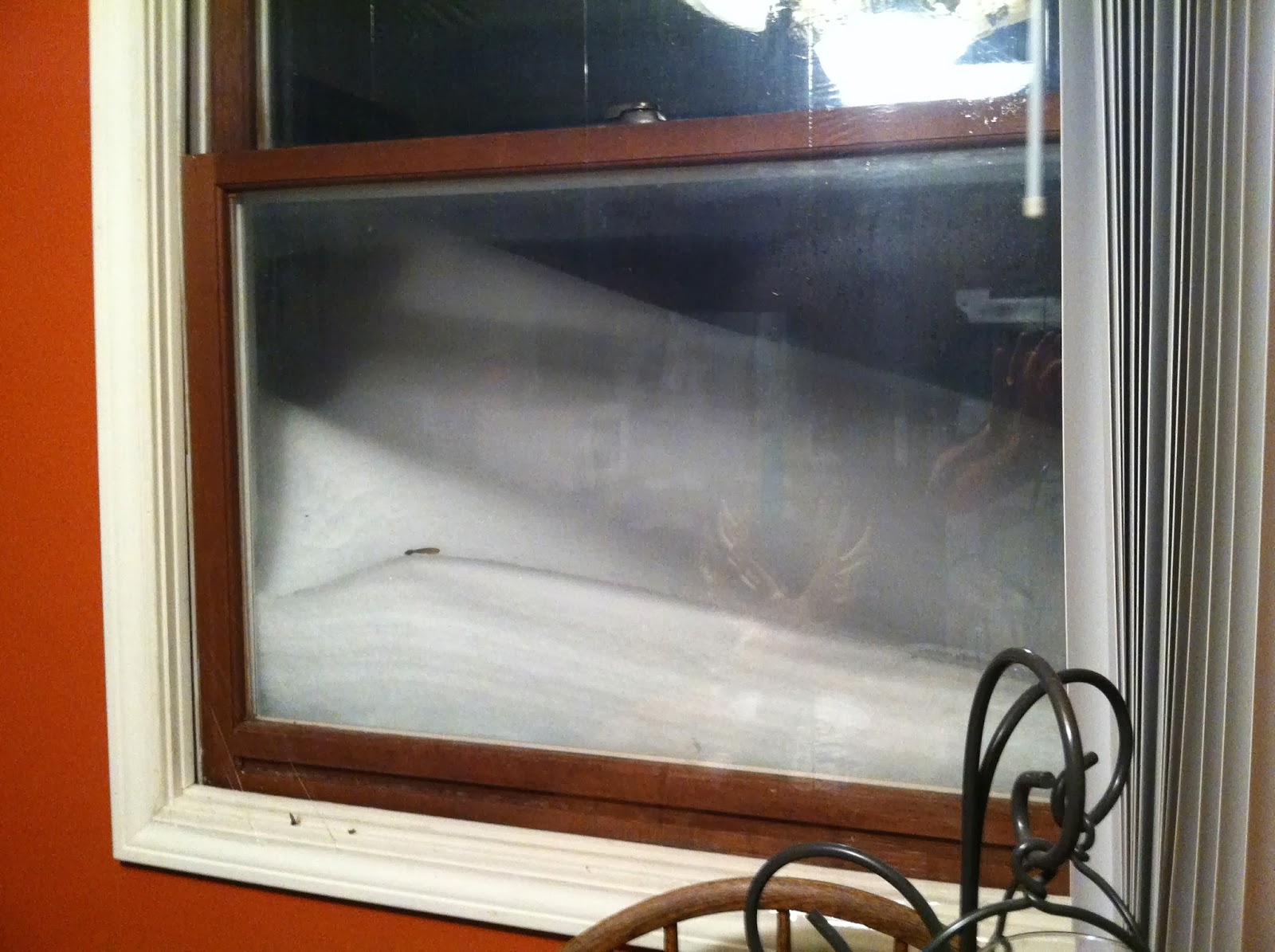 I will get some more pics when I go out but it's cold out there.

The only way I could work on the sled was to have this thing right next to me. 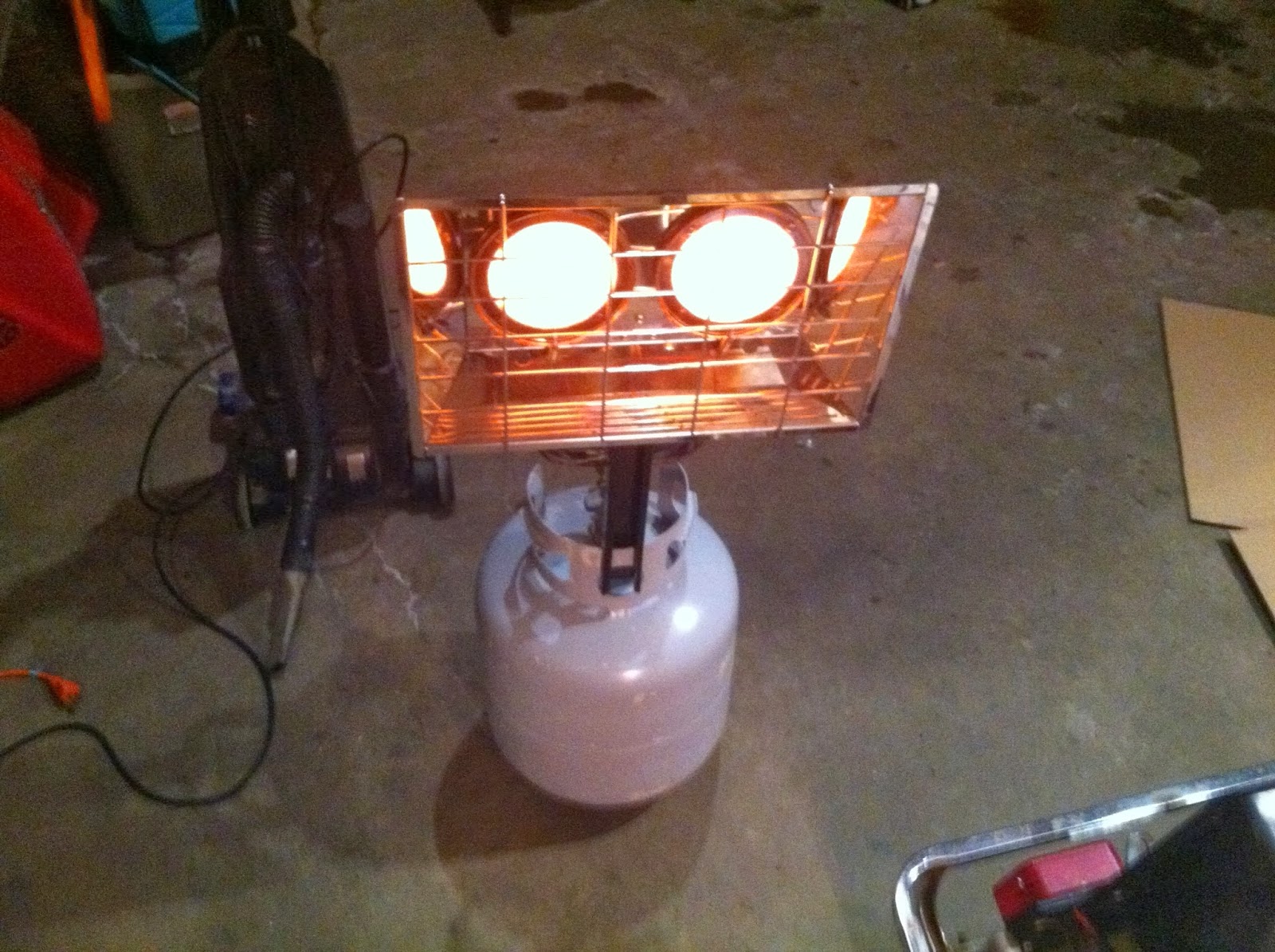 Of course I had to do all fuel related things first before I could fire up the heater.
I knew a guy that was working on a sled with a heater going and the fuel caught on fire.  Burned him almost to death.  Safety first!

Even with the heater going the snow was still blowing in under the garage door. 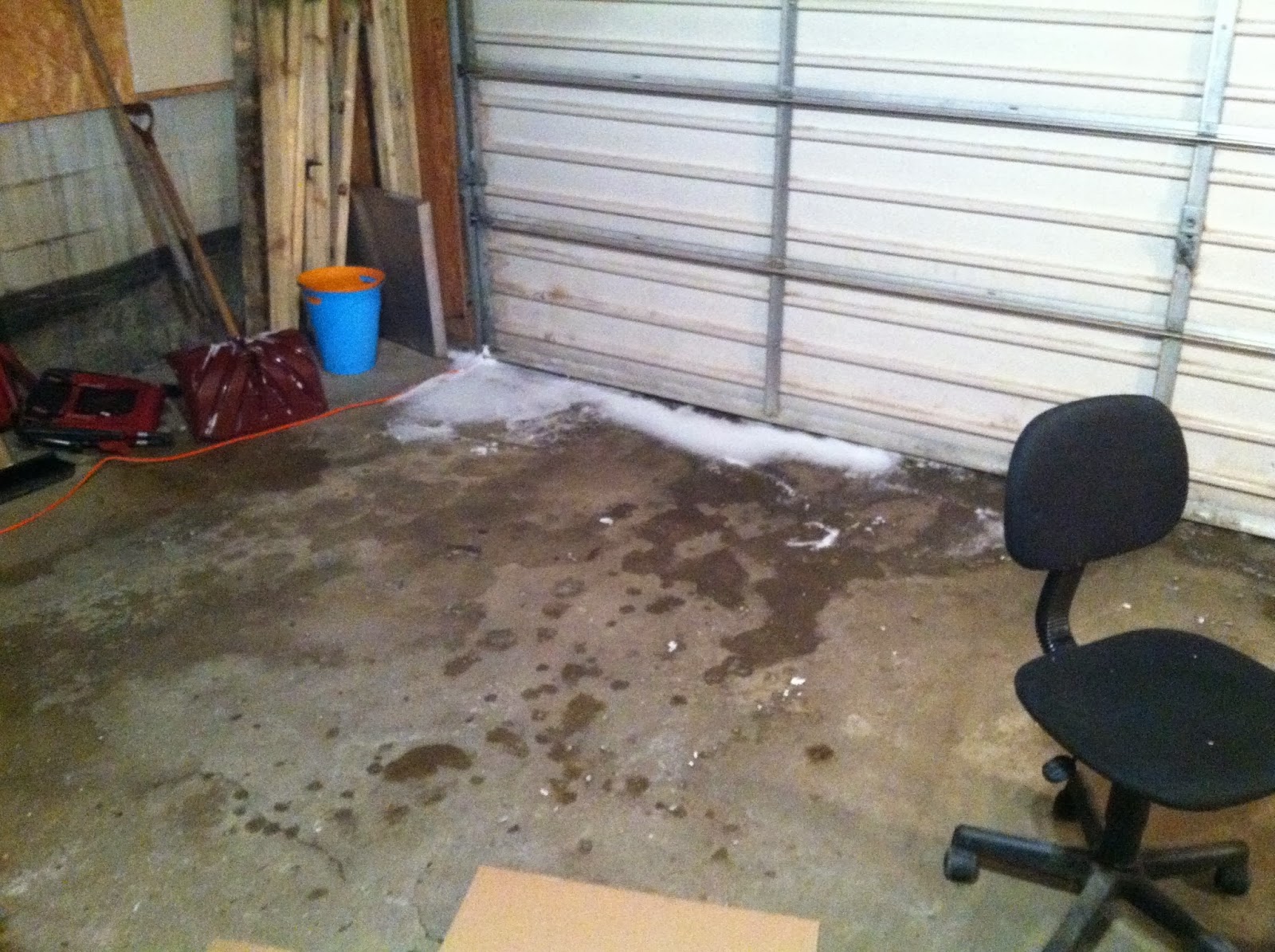 This is my last week of vacation and back to work next week.  I won't be cutting any wood this week thanks to the snow.  We had about 6-7 inches on the ground already.  Can't even drive back into the woods without getting stuck now!
I have also been selected for jury duty this month!  Yeah!  NOT!  So far I haven't had to go in.  Lets hope they don't have any jury trials this month. 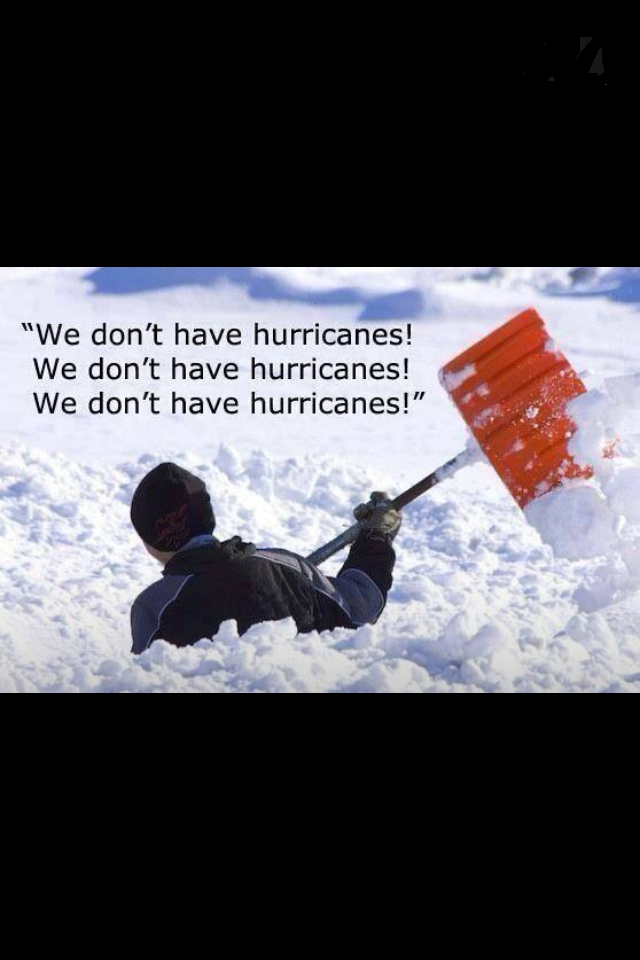 
Posted by Bushman at 8:26 AM
Email ThisBlogThis!Share to TwitterShare to FacebookShare to Pinterest