A battle won? Or a war lost?

Well it's official.
Tomato Town is shut down.
I received notice yesterday from the official council of The Tomato Growers Association of The Midwest Growing Society of Wannabe Garden Hacks that my tomatoes have been put on the DL list for the remainder of the year due to an awful case of tomato athletes foot.

A clip from the Michigan Gardening Tribunal sums it up well.

"After months of waging constant war against the uncommonly cool and wet summer, ravaging and pillaging insects, voracious racoons, trespassing chickens and a host of infectious fungus disorders that the 'TTGATMGSWGH' has officially given Mr. Bushman the cease and desist order for his Solanaceae, Lycopersicon esculentum.  In order to maintain a valiant and respectable sect of tomato gardeners it was with a heavy heart that this order was given."

The president of the TTGATMGSWGH commented," It was clear that Bushman's Tomato Town was on a downward spiral and there was no chance for a rebound.  We had to keep the society intact and when a member displays this kind of dispirited attempts at raising our beloved fruit we must intervene."

So it is with a heavy heart and sharp pruners that I have laid my poor girls to rest.  I removed every tomato that had any shade of red in it and cut down the remaining vegetation, which wasn't much.  I'm done fighting and I'm tired of looking at such awful plants.  This year was an excellent example of how a cool wet summer can exacerbate any instance of weakness and decimate an entire herd of tomatoes.
Oh well!
All in all despite the less than ideal conditions I still managed to get a decent amount of tomatoes.  Nowhere near the record setting year of preserving 53 quarts but enough to play around with.  I did eat many fresh slicers and will do so again tonight along with ribs on the barbie.
Yesterday's harvest is shown below.
The last of the Hawaiian Pineapple tomatoes.  Some of them were over 2 lbs. 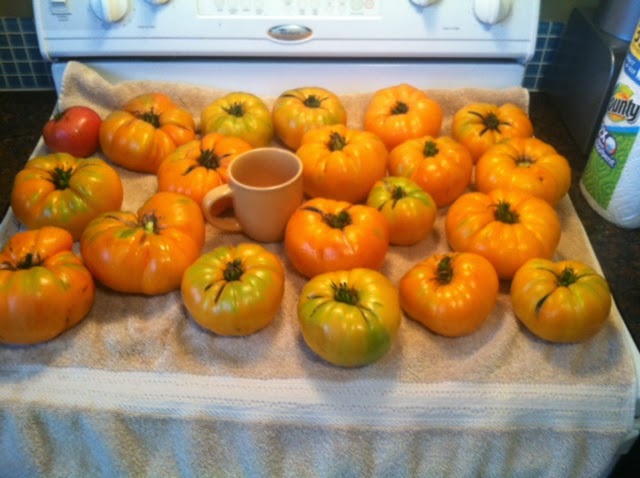 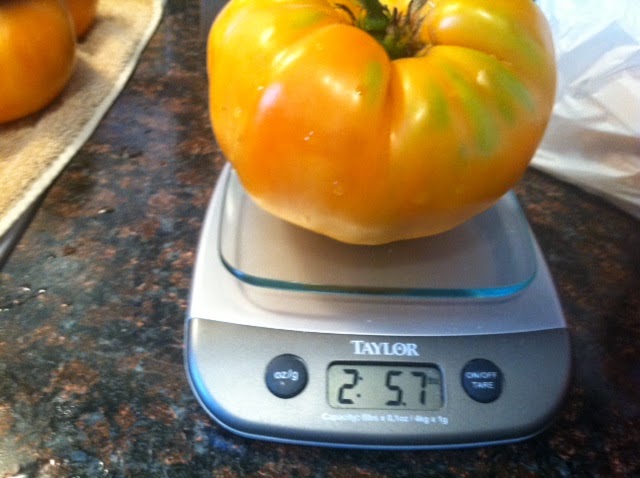 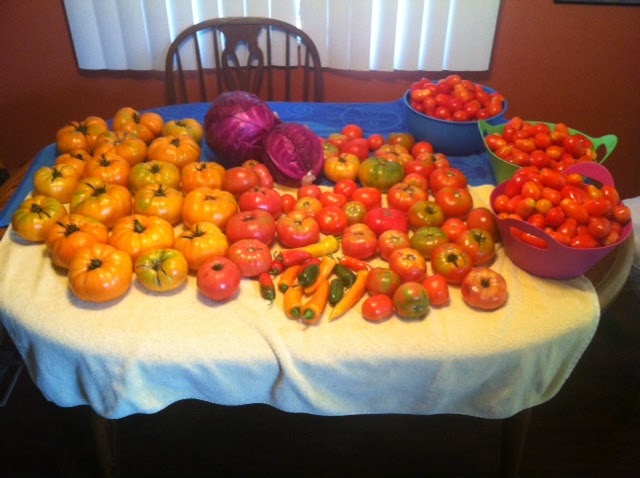 I will be making a few jars of spaghetti sauce and salsa this morning.

I made some hot sauce with last weeks harvest. 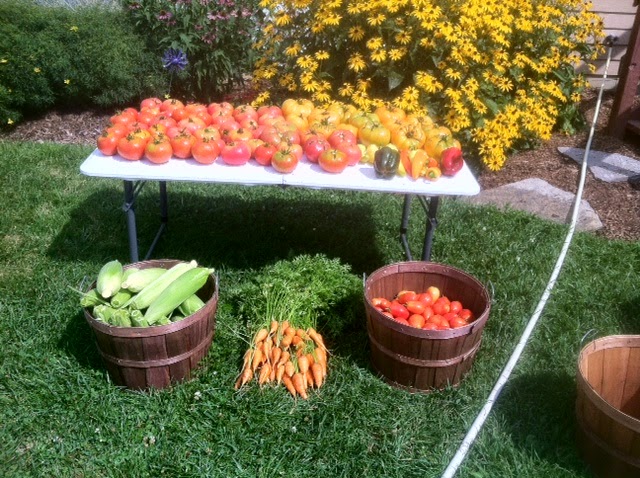 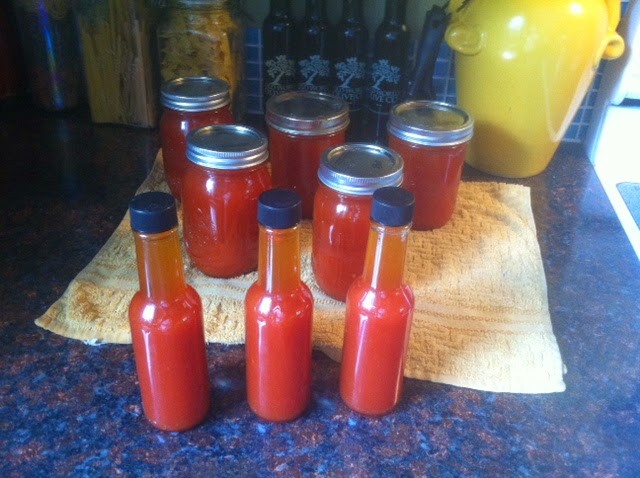 I also did 7 quarts of crushed tomatoes (no pic) 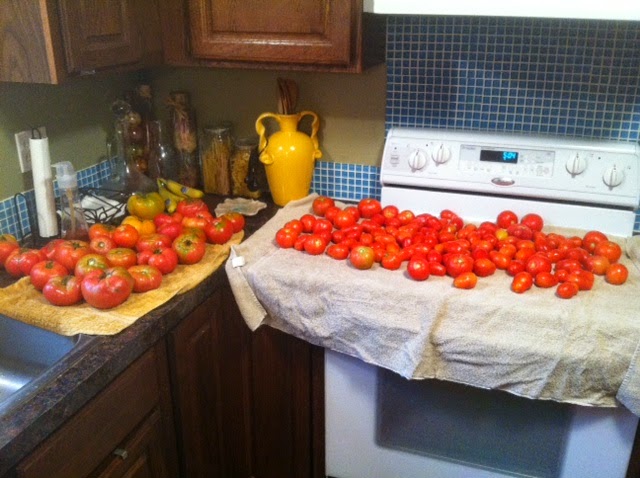 Then there was this bushel A few other things 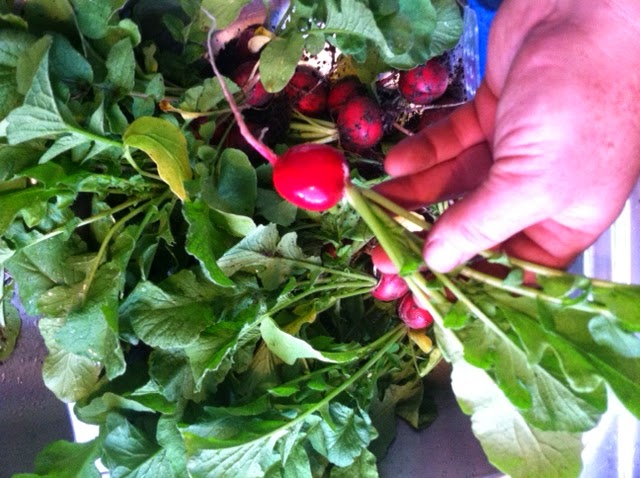 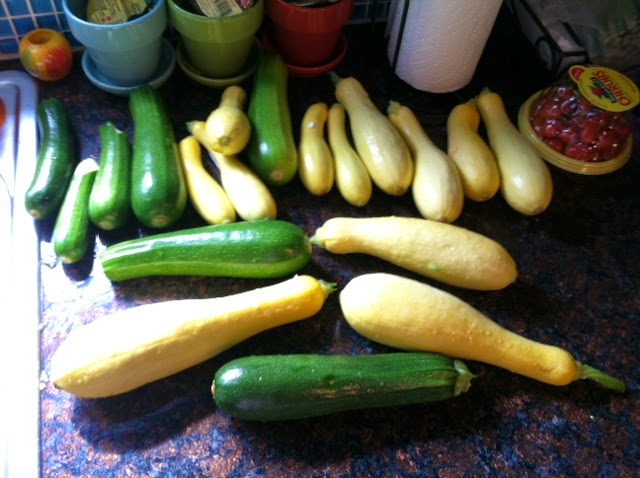 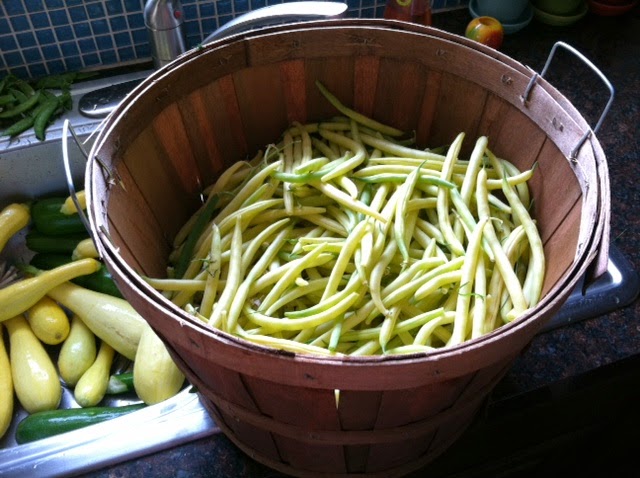 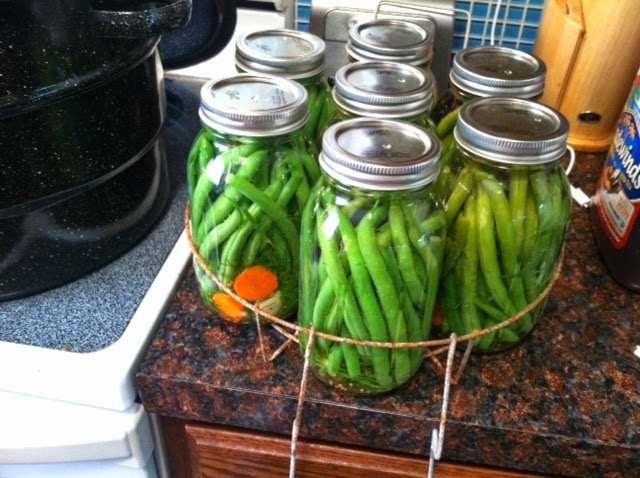 Before the death arrived 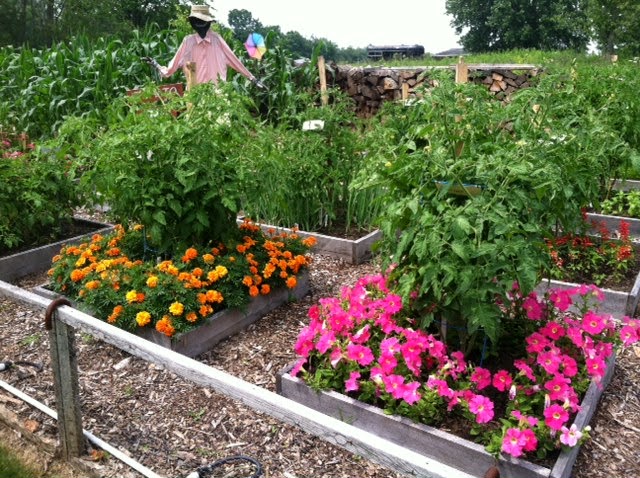 During the death = no leaves At least the sunflowers are smiling 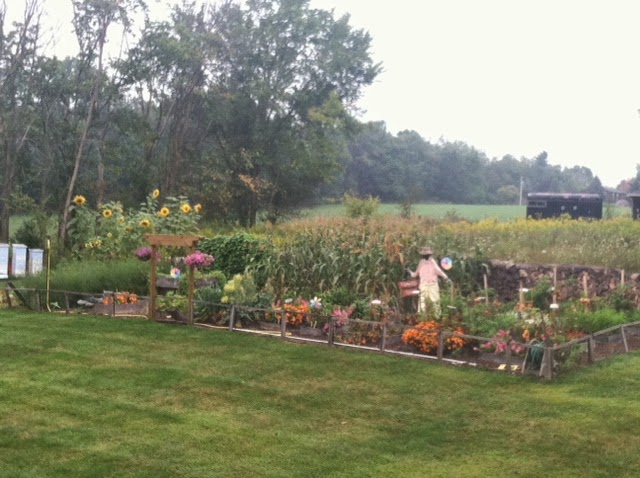 There you have it.  My tomatoes in one blog.  I'm thankful for what I did get and I was able to share with a lot of people.  That's all that really matters in the end.
I will spend the winter preparing my defenses and next spring will emerge the victor.

Time to crank up the canner,
-Bushman

"You have to put in many, many, many tiny efforts that nobody sees or appreciates before you achieve anything worthwhile."
-Brian Tracy

Posted by Bushman at 7:21 AM
Email ThisBlogThis!Share to TwitterShare to FacebookShare to Pinterest