Wish Not, Want Not, a weird, creepy little story. 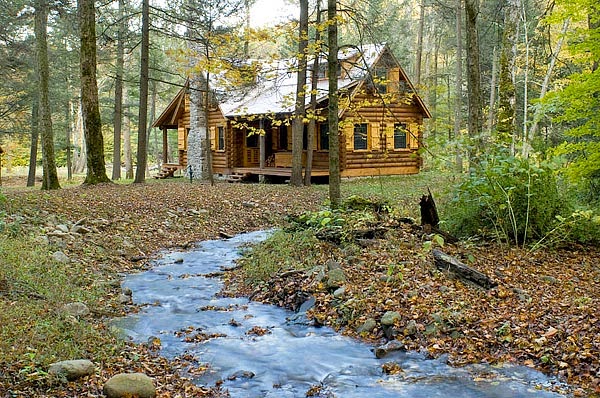 I struggled to stay awake, the blood loss was taking its toll.

From where lay I could just make out the lip of the windowsill if I twisted my neck hard enough. Doing so caused much more pain than I really wanted and so I mostly laid still.

The last time I looked the shadows were growing long on the wooden floor.  Night was coming and as the sun faded from the window so did my chance at rescue.
"Stupid, stupid, stupid", I cursed myself.
The slight bit of anger gave me a small surge of adrenaline and I twisted my head around as much as I could, trying to see out the window.  I wanted to see the sun at least once more before the darkness enveloped me.

The pain was intense, bright flashes and sparks crossed my vision and I almost passed out.  I closed my eyes and opened them, blinking, adjusting to the contrast of the dying light and the fierceness of the reddish orange of the setting sun.

A tiny, elliptical orb was just visible over the distant trees and I watched as it slowly sank behind the trees.  My heart sank with it.  Only a few moments of light remained.

I let my head fall back to the wooden floor with a thunk.
Long, straight rows of hand scraped hickory planks lay stretched out before me.  It had been a labor of love installing these floors and now as my cheek lay pressed against them staring at the endless swirls of grain they soothed me a little.  There was comfort in the workmanship.

I though about all the time and money I had put into this cabin.

Tucked away on 350 acres of prime wooded land far from civilization.  A clear, cold stream flowed through the center of the property, it was loaded with brook trout and one very deep swimming hole which I frequented often during the heat of the summer.
Dressed only in swim trunks and flip flops it was my retreat into nature.  For hours I would lay upon the bank, soaking up the suns rays that radiated their way through the thinning tree canopy.  When I became hot I would immerse myself in the chilled, spring fed waters.  Water so pure you could drink directly from the stream without fear of toxins.

I closed my eyes, shutting out the wooden planks and I began to visualize the giant White Pine groves.  The sweeping gracefulness of their soft boughs.  The quietness of the forest floor covered in the needles of seasons past.  A wondrous place to sit and ponder the universe or read a book or even just take a nap.

I thought about all the trees and the animals which I had so come to love.  The peace and quiet with only the sounds of nature for company.

I thought about the writing den I had spent two years building using only the trees I hand harvested from my own land.
Hewing and scraping the trunks into precious works of usable art, eventually taking the shape of a unique writing desk.
All the bookshelves forged from the sweet surrounding nature.  Years of blood, sweat and tears all coming together to build my escape.

Opening my eyes, I gritted my teeth.  I would not give up, I must fight to survive.  No one would rescue me.  I had to do it on my own.  It was my choice to live like this.  So alone, so far out.  Now when it really counted I needed to make it on my own.

It was stupid to climb up on top of the ladder like that.  All for a stupid light bulb.  It was even stupider to grab a hold of the giant chandelier made entirely of deer antlers .

It let loose of it's moorings on the ceiling and came crashing down on top of me.  A few of the antler points burying themselves deep into my legs and arms.  I was virtually impaled to the floor.

As I lay there in my pity, thinking of what to do next a soft scraping sound drifted from the next room, the kitchen.  I can hear something in there.
What could it be?
Did  I leave the door open?
I must have.

Now some wondering coon or opossum is going to wreak havoc in my house while I lay here helpless.
I begin to holler, "Get outta hear, git"!
The noise stops for a second,  then resumes, it's getting closer now.

Once more I twist my head towards the window, it is almost fully dark but there is something there.  A shape with glowing yellow eyes, I can see the rising moonlight reflecting off its teeth and its breath steams the window.  It's face is made up of wrinkled leather-like skin with clumps of hair growing from it.  The hair is matted and in knots.  Saliva drips from its jowls.  It is hungry.

I left the door open

The scraping sound is even closer now.
It isn't so much as scraping but now I hear the click, click of nails on my precious hand scraped hickory floors and just before all light fades from my cabin and the creature from around the corner leaps and sinks it horrible fangs into my leg I think to myself, "If you scratch my floors..."

Posted by Bushman at 8:34 AM
Email ThisBlogThis!Share to TwitterShare to FacebookShare to Pinterest
Labels: cabin, monsters, spooky, woods