K is for Bloody Cardboard

"Holy smokes Batman!  Bushman has made it all the way to K."

"You're kidding me? Didn't his wife just have a baby?"

Sorry about those two.  A little blog schizophrenia going on here.  These damn voices in my head multiply once in awhile and it's all I can do to shut them up.

I read back through my old K posts from years past.  Some were a little weird and others a bit sentimental.

There was my step-daughter Kaitlin which is ironic because a year later I have another daughter.
Then there was Mr. Karlson's Kale Krop and let's not forget about my first KISS.

Of course, I sit down to write up a K post the evening before it is due and I go blank.
I usually just keep writing until I figure out how to tie the whole useless drivel into a letter.  I imagine this could get rather lengthy.

Hey did I ever tell you about the time I almost lost my fingers?

No?  Well, if you're queasy you might want to bow out now.

I was in high school.  Classes from 7 am until 2:40 pm.  After school, I would head to work at our family business.  It was a rubbish company.  We also did a bunch of recycling and it was my job to take all the cardboard and put it in a baler and compact it.

So some bright individual had a wonderful idea (sarcasm intended here) to jury rig the safety gate so you didn't have to close it before turning on the compactor and sending the giant steel ram on its way to crushing and pulverizing the cardboard.

Now mind you I was a high school kid who was just after a little extra money to supplement the fun weekends I was having.  I could have cared less about safety gates and all that jazz.  It was a simple job.  Pick up the cardboard stuff it in the hopper until full and then crush it down and repeat until the entire thing was full.  Then I wired it into a compact bundle. 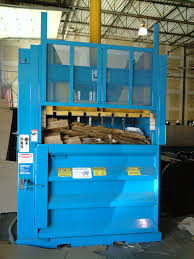 Here is what the bale looked like after compaction. 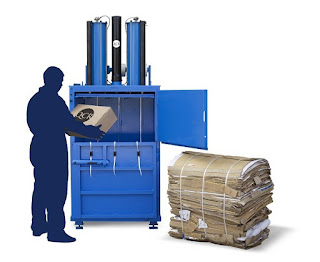 So I was working away and I threw the last piece in the baler and reached around the side to hit the start button.  I heard the hydraulic motor begin and the ram began moving down.  It was at this point that I seen a small piece of cardboard start to slide out.  So I casually took my hand and gave it a little push back into the machine.  Well as luck would have it the back side of the ram caught the little piece of cardboard and held it tight.  It wasn't going to slide out after all.  The bad news is there was a staple sticking out of the cardboard that snagged my glove and kept me from removing my hand from the baler and the inevitable path of the giant crushing steel blade.

The blade caught my fingers and began to pull my hand and arm down into the machine.  Fortunately, for me, I was still within reach of the emergency stop button and I was able to reach around the side of the machine and hit it.  Then I just stood there like an idiot hollering for help.

When it was all over with and someone had taken about three years to get the door open I was able to remove my hand.  Lucky for me there was a gap between the door and the blade almost wide enough for a finger.  ALMOST!

The steel blade squeezed my fingers between itself and the heavy steel door.  My fingers lost and because there was just enough room for ALMOST a finger I was spared any severing of digits or broken bones but what it did was take the skin and a bit of muscle  and remove it from my fingers.

When I removed my work glove it was a grisly sight.  All the skin was dangling off the tips of my fingers.  It had cleared everything down to the tendons and bone clear to my...

(I healed up just fine with minimal long term damage to my fingers but learned a very valuable lesson in the process.  Don't ever bale cardboard with gloves!)

(The above proclamation is intended for humour only and believe me I learned the lesson of utilizing safety features on equipment.)

Here is what it kind of looked like but all the way to the fingertips and more fingers! 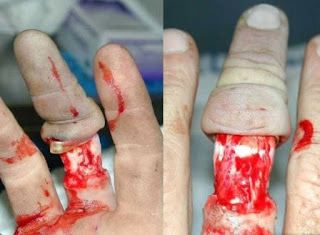