Last night we had build a pizza night.  It's where I get all the stuff around and everyone else eats it.  Oh wait that's every night.  Oh well at least I know they would die a slow miserable death of starvation were it not for me and my kitchen.  Seriously though I feel peaceful in the kitchen.  Everybody has a place where they fit right in.  My wife fits right in between the covers in bed.  She seriously loves to sleep.  I don't get it.  Boring!!!  I've been up since 4 am.  Was in town at 4:30.  Have had the dogs out 10 times.  ( I wish they would pee faster cuz it's really cold out.) I have cruised Craigs list top to bottom.(by the way there is a mig welder for 80 bucks used only twice)  I have managed to go through two pots of coffee.(which I mixed Creme' brule with African kitamu just to see what it tastes like.)  Now I'm here.  Oh yeah pizza night.oops


I started with frying up some sausage and bacon.  Cut up ham and all the veggies.  I just buy ready made pizza crusts. (it's too easy) 8 inch size.  Pizza sauce, and cheese.  Dinner for four cost about 12-15 dollars
and there is always leftovers for omelettes in the morning.  The cool thing is everyone gets what they want and they can build it how they want. 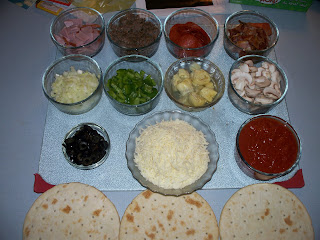 From left to right and top to bottom we have: 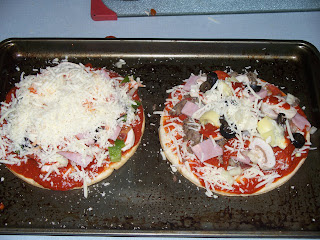 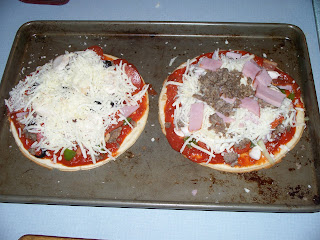 Toss in oven till done(depends on how much goodies) 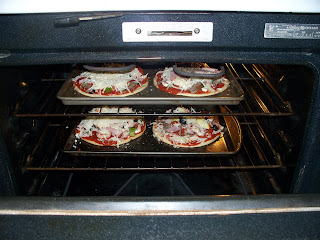 We played Euchre while waiting for pizzas.  Joe and I beat momma and Kaitlin. 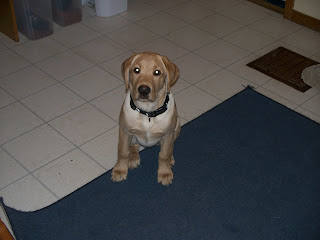 As always my faithful helpers.  Got two now.

(Accidentally or on purpose) 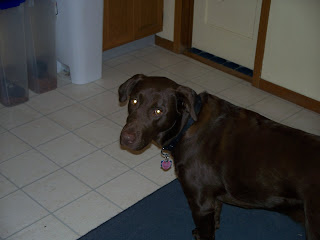 After that we played a board game called Last Word.

you must say a word that starts with whatever letter is on letter card.

Carl, Cory, Cliff are all blurted out and the last one to speak before the buzzer goes off wins the round and advances on the board.

It was so funny no one else could speak.  Damn Kids anyways.

After a couple games of that we played a monopoly card game and then I went to bed.

It was a good night.  We need to do stuff like this more often.

Well thanks for reading and don't be afraid to sign up for your own blog or subscribe to mine.  There are blogs of note everyday to read.  You can see what else is going on on this world.

Posted by Bushman at 7:19 AM
Email ThisBlogThis!Share to TwitterShare to FacebookShare to Pinterest