Herein lies the account of nonsensical boredom and haphazard attempts coupled with a bit of idiocracy and  a micrcosm of intelligence.  (And that is borderline untruthful.)  All of this directed at keeping myself occupied while on Furlough.  I capitalize Furlough because to me it is a proper noun, a person or being, who is attempting to lure me across the line of insanity, of which I have tightwalked anyways, the better part of my life!  So anything directed that way shall be adressed in the above said manner.  In a way it shall be as if saying, "Hello Chuck what have you in store today?"  Except in my case it will be, "Hello Furlough, what attempts do you have in store today at destabilizing my already crumbling mindset?"
No I'm just kidding.  I was crazy before Furlough.:):):):):):)

The first thing I did was to finish the siding on my smoker as well as shingle the roof.  I still need to paint the door black.  I want it to be able to sit ouside in the weather. 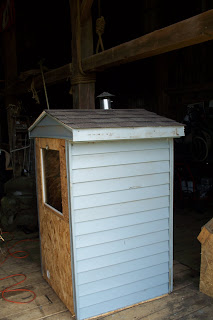 A good helper is a must. 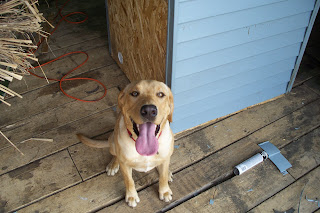 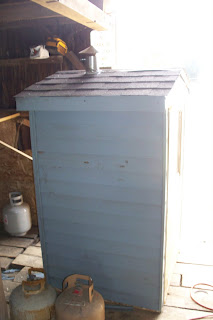 It's a little dirty but the siding has been in the barn for probably 15 years or better.
Once the smoker was sided I needed to try it out.
So I made a batch of hunter snack sticks. 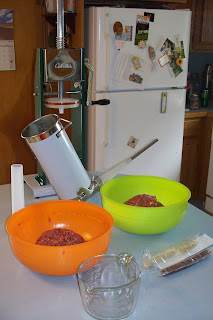 Organization and cleanliness is key.  Here you see my ground meat which is a combo of pork, venison and high temp cheese.  Mixing bowl stuffing unit, casings, fridge complete with magnets and so on. 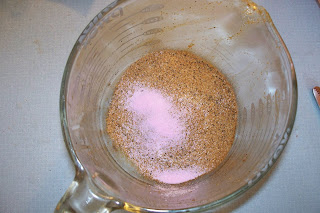 Mix seasonings and cure with water then pour into meat bowl.  There was a 4 lb batch in each bowl.
I flatten the meat mixture out in the bowl so the seasoning spreads better through the meat.
Mix thoroughly by hand. 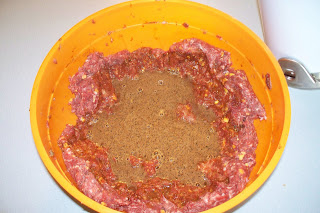 Fill stuffing canister(sprayed inside with cooking spray) with meat mixture.
Load tube with casings and crank the handle keeping slight pressure on the casing with your fingers.  The force of the crank will push the sausage off the nozzle. 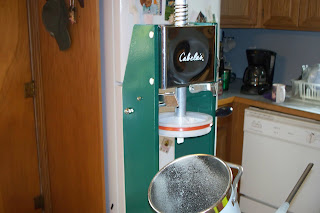 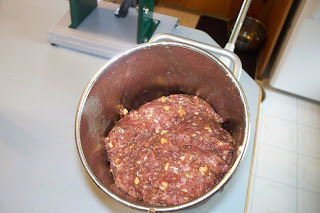 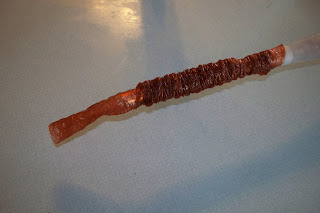 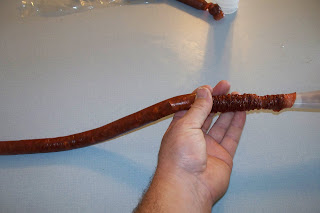 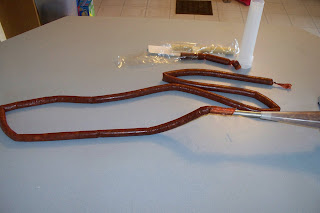 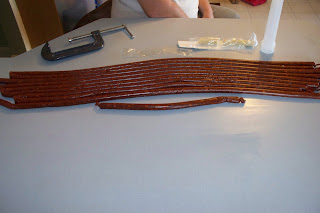 Next I let them warm up to room temperature and then into the smoker until internal temp reaches 160 degrees.
This took about 4 hours.  I smoked for 2 hours at 150 then turned up the heat to 180 for last two hours.
I used about 4 chunks of hickory that were about the size of 2 golfballs.
Don't forget a cold beer to inagurate the first smoke of the season!!! 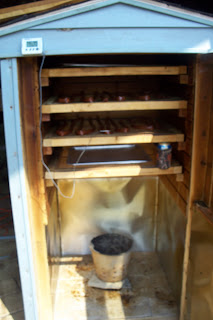 Yep all I use is a steel bucket with holes punched in it and fill it with charcoal.  I put an oven liner above the bucket to catch any drippings but mainly to diffuse any direct heat.  You get a feeling for how much charcoal and how hot it will get after you use it a few times.  I have about 24 briquettes in there.
I added more after the first half was over.  Just make sure it is burned off and gray not black charcoal or you will get a funny tatse.  To speed up the graying process I use WPT.
Wicked Propane Torch 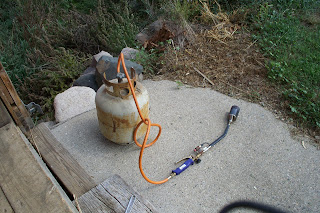 While that was smoking I cut the lawn.  Porkchop came over to return Angels shoes left at the wedding party and I sent him home with 4 grocery bags of tomatoes.  Then I decided while I had the WPT out I might as well burn the stuff I sprayed with herbicide the other day.
Before 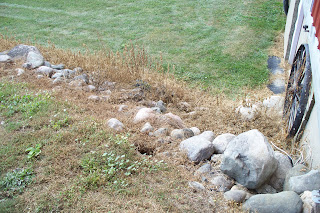 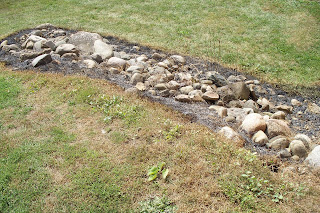 Things are getting dry around these parts.  Need rain. 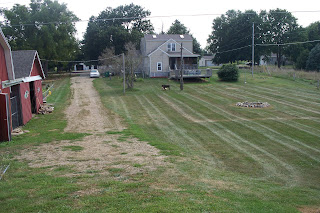 Then it was stump time.  A couple years ago the power company came through and cut down all of the trees on the west side of the house.  It was a big row of spruce and austrian with a couple elms mixed in.
Of course they left the stumps.  It's been a bear to mow around so time to take action.
With the help of Joe and some lighter fluid we killed 9 stumps.  About half of them.
We stayed up till about 10 watching one of them burn.  (and drinking beer but don't tell anyone)  Not Joe though just me!! 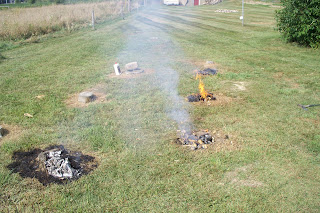 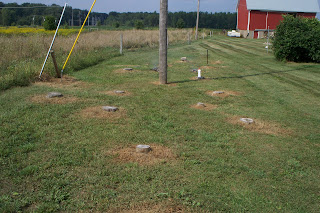 You can see here that there is a lot of stumps. 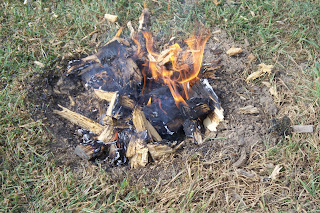 Basically we just chopped the hell out of them with a splitting maul, pile up the chips on the remaining stump, soaked with "flammable stuff" and lit it.  Worked well.  Have a few blisters to show and had some good QT with my son.  I removed the sausage from the smoker when it finally cooled down.  Once my internal temps are reached I remove the bucket from the smoker and then close the door.  The smoker slowly cools down along with the meat.  Then I cut it up into sticks and place in fridge. 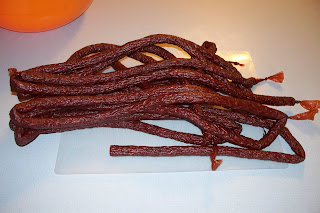 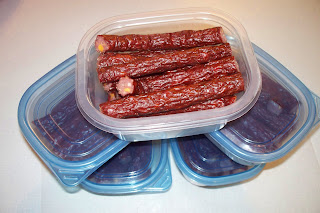 Oh yeah it was really good.  YUM
Well that's long enough so stay tuned for whatever I do today.  I have kids for awhile.  Think I see some homemade donuts in our future. 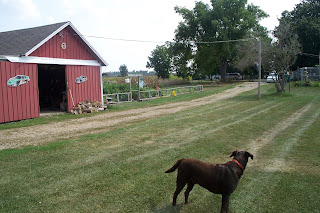 Big Brown Dog says BYE!!!!
Posted by Bushman at 8:52 AM
Email ThisBlogThis!Share to TwitterShare to FacebookShare to Pinterest