We went back to the pond today and had a couple flocks come in.  Not many birds.  Can't figure out where all of them went to but we were wrapping things up, hooking decoys and picking up any floating empty shells when the mother load came in.  The boat was adrift in the pond and we were close to the anchors (actually had one by hand ) but not set.  The wind was blowing pretty hard and the boat was drifting back and forth and the geese were circling.  probably close to 30 geese all wanting in.  They circled about 4 times and finally came in close enough.  We opened up and a few took a nose dive.  What a rush, we were giggling like school kids the whole time. We ended up with 4 for the day.  Our shooting was lackluster to say the least.  Ernie's son Steve ended up taking a double leg banded goose.  It had a band from the recent oil spill on the battle creek river.  The DNR trapped and cleaned the birds of oil, banded them and released them.
The tag said to call and it turns out they just wanted to tell us not to eat the bird.  The neat thing was they only banded about 80 birds and he got one of them.  These pictures are from two days of hunting.
The foggy ones are from Thursday. 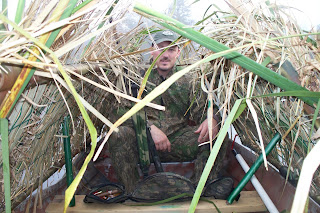 Here's me in the front of the boat. 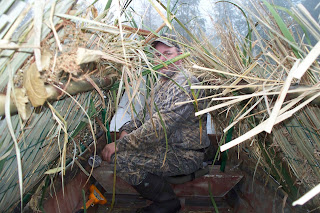 Ernie in the back 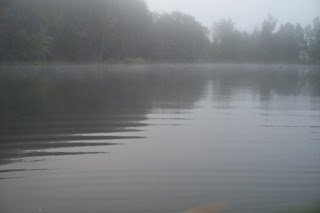 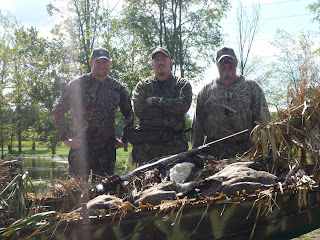 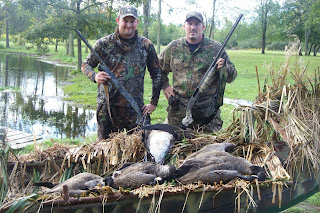 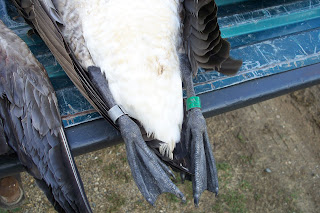 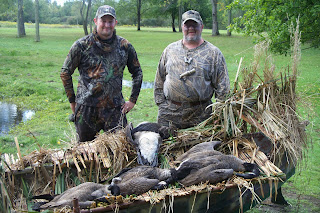 The next set are from our field hunt this evening.  Seen a couple geese but the wind was howling and a storm was moving in.  Still fun to get out in the field with friends and have a good time. 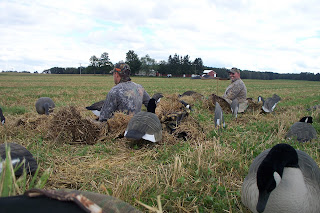 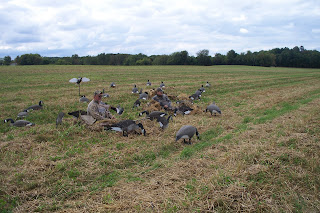 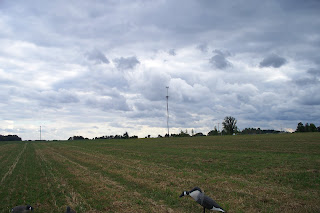 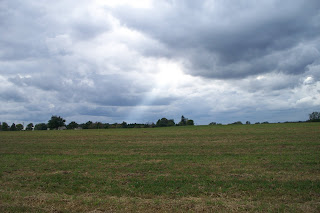 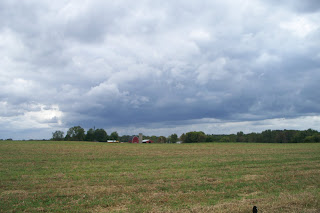 it faded quickly and the rain began.  the 35 mph winds and the rain was
just enough to drive us from the field.  Not much was moving tonight.
We are going to set up here again in the morning because we have been seeing them here in the AM
Stay tuned.......
Posted by Bushman at 8:32 PM
Email ThisBlogThis!Share to TwitterShare to FacebookShare to Pinterest