As darkness prevailed over the land, specks of intense brilliance began to appear in the sky.  Slowly taking shape and twinkling as the daylight faded from the exhausted day.  In a final exhale the day ended and the night began as if someone flicked a switch.  The new sky was filled with an inky blackness mixed with the milky blue of the cosmos and everywhere stars beamed their happiness down upon the land. 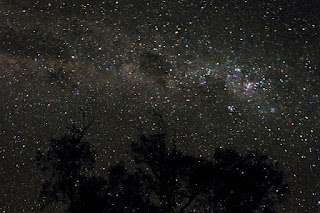 Gazing into the vastness of our galaxy I couldn’t help but feel like an insignificant speck of carbon matter whose purpose was unknown.  To see such an awe-inspiring sight such as this made me wonder where it really came from.  Was there one all-knowing being or am I just part of a billion galaxies swirling around in an indefinite amount of space.  I could have stared all night up into that sky and questioned everything I have ever known, but I already knew, that the one infinite being, the billion galaxies, already existed deep in my own spirit.  Orbiting around its own sun within my soul.  Happiness lies in these interior galaxies and all I had to do was search and find, besides I had a campfire to light.

Pops and I fished our tails (LOL) off all week.  We enjoyed every minute, every fish and even after a few days of sitting on the thin boat cushion my sore butt went away.  We had discovered another of our “Shangri-Las”.    It seems as though we are drawn, like a moth to a flame, to woods and water.

Tonight we decided to have a fire.  Fishing the way we were, from sunup to sundown, left little time for any other activities, once the sun went down.  Most nights we were eating dinner around 9-10 PM.  We squeezed out every minute of daylight we could which would put us at the dock by 8:30 PM most nights.  By the time we unloaded the boat, took care of our gear, cleaned the fish and started cooking dinner it would be pretty late.
This night we went in a bit early.  The fire was hot and we enjoyed its comfort.  A couple of cold beers and a cigar complimented the flames nicely. 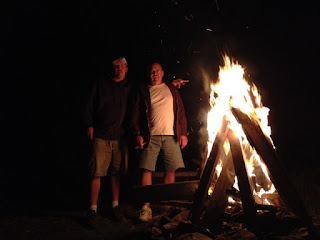 The trip was amazing.  I could sit here all morning and think of a million words to describe it but I think I’ve given you enough that you now have your own vision and are possibly taking your own fishing trip, in your own mind.

Mid-week the outfitter sent a bush plane in to check on us.  They delivered us some more ice and picked up some empty gas cans and propane cylinders.  The weather wasn’t very nice that day and visibility was closing in to almost un-flyable conditions.  The pilot wasn’t sure he could make it back to base.
“I might be back in a minute to spend the day with you,” he kidded.  We knew just as much as he did that it might be true.  We watched as the plane taxied out onto the lake and took off.  We listened for a few minutes after he flew out of sight, waiting to hear the sound of the engine coming back over the tree tops but the weather must have been clear enough because he never came back.  That was the only outside human contact we had for the entire week.

The night before departure we cleaned the cabin and packed our gear.  Everything needed to be on the dock and ready to go by 8AM.  The weather wasn’t looking that good and we hoped we wouldn’t be sitting around all day waiting on the plane but at 9AM we heard the engine and a few seconds later the plane swooped in low over the water, made a perfect touchdown on its large pontoons and glided up to the dock.

The next squad of guys unloaded their gear.  2 men and a boy of about 13 years exited the plane and we helped them offload enough gear for 10 people.  The pilot informed them he would be dropping off the rest of their stuff in a few hours.  Dad and I just looked at each other and rolled our eyes.  These guys hauled in everything but the kitchen sink and I couldn’t help but think they were missing out on the best part of the adventure.  To each his own I guess.

We loaded our tiny pile of gear into the plane and soon we were airborne and headed to the base.
Once we arrived at the base lodge we unloaded from the plane and into my truck.  Checked out at the front desk and were on the road by 10:30 AM.

We arrived at Dad and Mom’s cottage around 6 PM.  The trip had come full cycle.

Our final fishing journal went as such:

Friday AM
Awoke to a light rain- winds west/southwest.  Held off until about 6:45 AM to leave cabin.  Super slow start.  Visited most of the hot spots picking up ones and twos.  Weather broke around 10:30, sun came out, blue skies, stiff SW breeze.  Fish turned back on.  We fished until noon trying to beat our record of 45 fish from Wednesday night.  Fell just short.  42 Fish.

Friday PM
Went out at 3:30 PM.  Trolled western shore with spoons for pike.  Caught one 20” pike.  Danced around our favorite spots trying to catch enough fish to make a total for the week of 300.  Caught 26 fish tonight and ended up with a total of 305 fish for the week.

So at least we caught a few fish!

Dad and I immediately started planning our next trip.  The minute I got home I opened up the web browser and started searching.  This trip took a year of planning so I better get started on the next one.

I have narrowed it down to a few places.  We didn’t really want to go to the same lake but we wouldn’t mind staying with the same outfitter.  They were a class A group.  The problem is they only have certain cabins that can be used by a minimum of two people.  So we would have to do some haggling with them to get the lake we want.

So the next trip is in the planning stages…but…something has come up and it may not happen now.
Stay tuned for the next episode to find out why.

A huge thanks to my parents for making this trip happen.  I won’t even begin to cheapen my gratitude with words.  I’ll let my smile do the talking!

Enjoy these random pics of our trip! 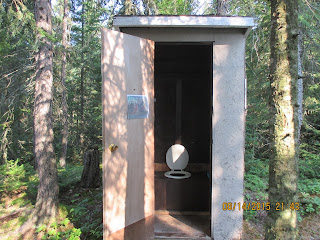 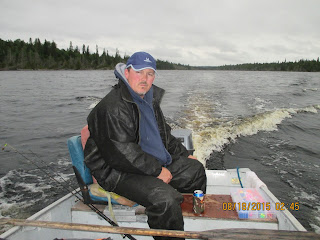 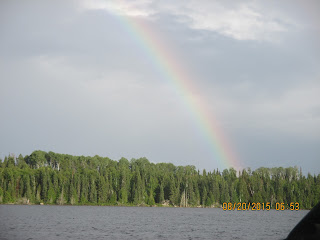 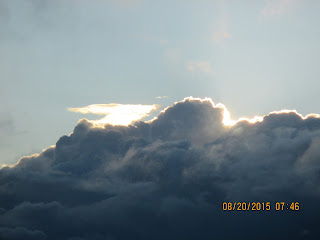 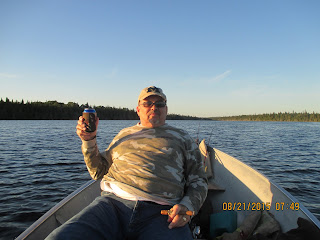 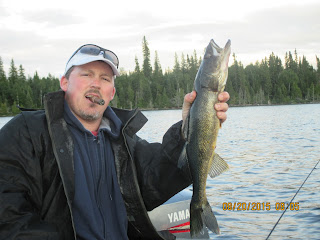 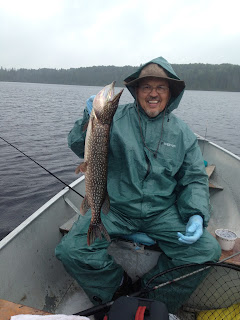 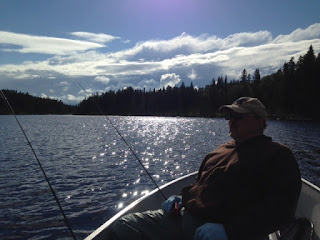 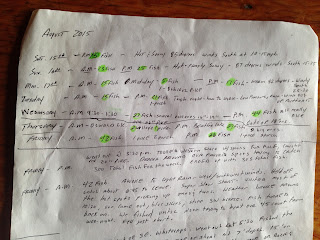 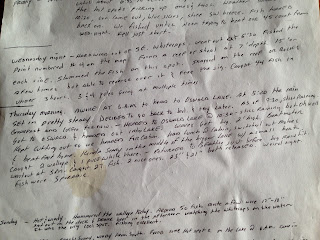 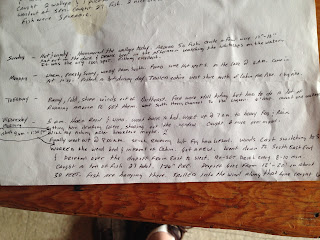 Posted by Bushman at 8:11 AM
Email ThisBlogThis!Share to TwitterShare to FacebookShare to Pinterest