A is for flashlight figures on canvas


I just couldn't bear to not do the A to Z challenge this year.

One post a day based on the alphabet for the entire month of April.  Sunday being the odd day off.

It's not as if I don't have anything to write about.

I was worried I wouldn't have time with the new baby on the way - any day.

So off we go on another adventure...26 of them to be exact! 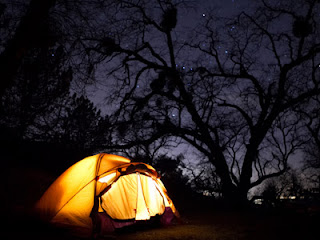 It all began many summers ago.  How many, to be precise, I couldn't tell you.
It was back in the day when gasoline was under $0.60 a gallon.
Back when soda came in bottles and not everything under the sun gave you cancer.  (Except in California)
The days when dinner was served at the table - with the entire family and Saturdays were spent watching cartoons like Tom and Jerry and Popeye in your pajamas.

Summer's blew by as quickly as the warm breezes of June and before the frost could melt off the pumpkins the bells of the Salvation Army were jingling in front of the local A&P grocery mart.
The seasons would dash in with a kiss and ride off into the sunset faster than Billy the Kid with a saddle bag full of loot.

We were carefree, innocent, youthful and adventurous.  That was the time, the time of our lives.  Not just for me but most likely for you too.

I think our hearts grow as big as they can during these years.  Full of hope, joy and love.  Our imagination is limitless and it spills forth a bounty of adventures, laughter and spooky ghost stories around the warm summer campfires and as we laid awake in our tents making flash light figures on the dew covered canvas those imaginations kicked into overdrive.

These are the golden years.  The years of building and growing who we are to become.

These are the years that count!

What is all this about you ask?  My first child is due very soon.  It could be a week, it could be three or four.  I lay awake at night wondering what type of father I will be and how I am going to raise this little miracle.  I think back about my childhood and I remember how those times have shaped who I am today and how many of those years I still carry in my heart.  Those are the years that will shape her.  Those are the years that will re-shape me.

As Webster's defines it:  The years between the onset of puberty and maturity.  While I may not ever be "mature" I still look back fondly upon those years between 8-16 years old.  I hope to give my little one the time of her life during her:

Posted by Bushman at 5:28 AM
Email ThisBlogThis!Share to TwitterShare to FacebookShare to Pinterest