Thirsty Thursday and My Top Ten!

Hello and welcome to Thirsty Thursday and My Top Ten of the Week.

For newbies I like to try a different kind of beer on Thursdays or if that's not possible just drink beer!
The top ten is my collection of moments from the recently deceased week.  Good or bad you make the decision.  My work week ends on Thursday so that is why I top ten it on this day of the week.
Today is also the day that I change my post of the week.  I dig up an old post of mine and put it up so you can read some of my other things.  You can find that on the right hand side of your screen.

So we'll start right off with the beer.  A nice Sam Adams Irish Red!  I know I drank that yesterday but in all honesty I bought it yesterday to drink today.  Problem was I bought it yesterday.  Yeah I had zero restraint.  I only had 4 bottles out of the 6.  It was a school night you know!  Funny thing is it's 5.8% ABV so I got kinda funny in a hurry.  Yep that's why I quit at 4,  I was not saving them.  I mean really, do you think I was gonna come home on Thursday to only two beers?  I quit because those 4 were like drinking 8 regulars.  It was a school night ya know! (see how I can play that both ways)  Anyways the beer is outstanding.  Nice malt and just a smithereen of hops. (smithereen is small, very small)  I like hops but I don't want to drink hops tea.  The craze these days is overhopped beers and I'm not into it.  To each his own is what I say.  Swill it up if ya want.  ( Hops was originally used in ancient times to prevent spoiling of the beer on long journeys.  They were drinking and driving way back then too)
Ok the beer part is out of the way but don't be too surprised if I show up next week with a wee bit O' Irish again laddy!  Now I have another funny lunch story this one a bit shorter than the calf story!  Same guy though!

So were sitting there having lunch.  Me, a hamburger, chips and a soda.  Frank, a sammich.  Bobby, BLT.
Tony, not really sure.  If I had to guess I would say baby shit and Capn Crunch with crunchberries.
Probably could add a little glue in there as well.  Elmer's white glue would match up nicely.
I'm a foodie so I watched him eat his lunch.  Glance here and a glance there and for 20 minutes he ate his glue and crunchberry concoction and I could not guess what it was.  It was driving me nuts.  Curiosity got the best of me and heaven knows I shouldn't have ever opened my mouth but hey it's me, I had to.
'Tony, what the fu%k are you eating?''
"Oh it's good.  It's ah sausage and ahhhh placenta.''
I'll let that soak in for a second.  Go ahead and reread it.  No misspelling there.
Of course you can imagine the neck popping going on as we tried to figure out if what he said was true.
He just kept digging at every little morsel left in his circa 1976 Tupperware dish.  Click, click, clack went his spoon while we sat there dumbfounded, awestruck and profoundly stupefied.  Finally I was able to open my mouth and I ask him, "What the fu%k did you just say?''
"My wife made it, it's sausage and placenta.  It has bits of red pepper and onion and..."  I cut him short right there.   "Placenta?  You're eating placenta?''
He looks up then and notices our ashen faces and our looks of dumbfoundness.
"I think that's what she said it was", he says softly his eyes quizzical as to our inquiry.
"Do you mean POLENTA?", I ask him.   "Yeah yeah that's it", he says.  He quietly goes back to the one little corner of the Tupperware, made back when Luke Skywalker was still hot stuff, and resumes clicking and clacking trying his best to relieve the corner of it's pasty goodness!
The rest of us glance at each other and finally, unable to contain ourselves anymore, burst into laughter at which Tony raises his head, smiles and begins laughing with us.  Not even sure he knew why we were laughing but he thought it must be funny.  Just to clear things up Tony is the same guy from the Calf story.
What a way to end a lunch.  We will forever hound him now.  I wonder if he'll go home and tell his wife not to make sausage and placenta anymore because the guys at work tease me.  I hope he does.  Thanks Tony!

Now on to yuckier things.  I received an e-mail from the realtor yesterday stating that the bank had not received the permit for the septic yet but were expecting it today.  I was told prior to that, weeks prior, that the bank had the permit and was waiting on bids.  I was told numerous things.  None of which were really accurate shall we say.  So I was slightly upset.  I proceeded to send an e-mail to all parties involved, with attached e-mails that I had received, stating the whyfors and withertos, describing my sentiment, mentality, certain instabilities and my overall displeasure with the current proceedings.  I told them I didn't care who's fault it was (if anybodys') just get the damn thing fixed so I can move out of this forsaken shit hole.
Our original closing was scheduled on the 11th of April.  It was postponed to the 26th of April.  Now it is postponed until the 6th of May.  I'm pretty sure it will get postponed again.  Perhaps when Jabba the Hut joins Jenny Craig and they both do the watussi on live TV in Times Square with Katie Couric and that one kid that used to show up every year at the American Idol auditions,  then we will close.  Until then I have Sam.  Apparently Sam is Irish now.  I'm ok with that.

And Now for your viewing pleasure my Top Ten of the Week:

#1...A big welcome to Pearson Report and Penwasser Place  (both new followers and excellent blogs!)

#2...The calf finally died.  (perhaps that's where the placenta came from?)

#3...House buying adventure is not fun.  (about as fun as a kick in the nuts)

#5...Dinner party was great  food and fun   (thanks Rachel and Lant for lowering yourself to my standard)

#6...My dogs discovered Mr Squirrel in front yard ( I think Tucker told them)

#7...Kitchen for the new house, we will never move into, is all designed   (future post)

#8...In laws are giving us their almost new appliances for the new house.  ( see above )

#9...New cigar catalogue just showed up.  ( should I order? It's been months now.  Months people!)

That about sums it up.  Headed to the I doctor tomorrow.  That should be fun.  (see # 3)
Take care and go easy on the placenta.  It's a delicacy you know! 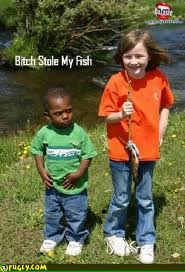 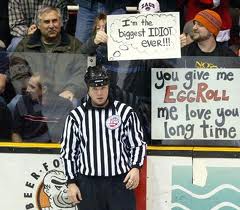 Posted by Bushman at 3:56 PM
Email ThisBlogThis!Share to TwitterShare to FacebookShare to Pinterest