Once upon a time in a land not so far away lived a small girl.  Well, to say she was small might be an understatement.  She was, in fact, quite tiny.

She lived deep in the woods in a hollowed out toadstool.  It was a most comfortable toadstool for a child of her size.  The top of the toadstool was a brilliant shade of red that shed the heaviest of the summer rains and the white speckles that covered it was a cheerful sight to see after a day of foraging in the woods.

She loved her little home.
Inside her quaint abode was a small bed made of willow branches and rabbit fur.  Next to her bed was a plain wooden trunk.  The trunk had always been there.  She didn’t know where it had come from, or who had put it there.  It had always just been there.

In this wooden trunk were two small boxes.  Each box was made of the lightest and fairest wood.  She had never seen this type of wood in the forest.  One box was a circular shape while the other was formed into a heart.  Each box had a lid and under it held an assortment of items.

Sometimes on rainy nights, when the thunder boomed overhead and lightning flashed across the sky threatening to bring the entire forest down upon her, she would remove the contents of the trunk and crawl into her fur-lined bed and carefully remove the tops.  There was a comfort in the small boxes although she didn’t know why.  There was also a deepening sense of heartache and loss.

Something inside of her came to life every time she opened these magical boxes.  She didn’t understand why, but she hoped one day she would find out.

The little girl had spent the last ten years living in the forest.  She would collect berries and pick apples from the wild apple tree growing in the grass meadow.  There were plenty of wild mushrooms to pick and she knew which ones were good and which ones were poisonous.  She even taught herself how to catch fish from the clear cold running waters of the babbling brook.  She lived a very comfortable life, but she was very lonely.

Every year that went by she grew even lonelier.  She never aged and she never grew.  She simply stayed a tiny little girl.

One day, while walking through the forest, hunting for edibles, the little girl came across a path she had not noticed before.  It was barely visible and mostly covered by dead branches and brambles.  She hesitated, the path lead into the darker part of the forest.  After all, she was just a tiny little girl but she summoned up all of her courage and pushed aside the clutter of brambles and branches.  With a deep breath, she took her first step.

After a long walk down the hidden path, the tiny little girl came upon a small clearing.  In the center of this clearing was a jumble of rocks.  It didn’t appear natural and her first instinct was to turn around and head back to her home, but she stood still.  Her feet would not move.  She knew she was supposed to find this place.  Why?  She did not know, but she was having that same feeling she had when she opened the magic boxes.  Her heart ached with sadness and joy and she took a step toward the jumble of rocks.

As she drew closer, the pile of random rocks began to take shape and she recognized it as a fountain.  In the center of the fountain was a circular pool of water.  It was the clearest and most sparkling water she had ever seen and it was deeper than the blackest of nights.  She climbed up on the edge of the fountain and peered into the depths of it.

The water was so deep she could not see the bottom.  Down and down it went and she sat there for so long she soon began to see stars reflecting in the water.  Still she sat, entranced by the fountain’s water.  As the moon rose across the night sky it crossed directly over the fountain and when the fullness of it was reflected in the crystal waters she saw it.

It was her magic box, but someone else had it.  She watched as a pair of hands opened the box and removed its contents.  Drops of water splashed down upon the lid and she could feel the agony and sorrow pushing up from the depths of the well.  Then the box was put away and she could see a man and a woman in a white room with metal beds.
The water went dark for a moment and then she could see the same man and woman and they were smiling and happy.  She smiled with them and she felt an incredible urge to be with them but the water went dark once again.  A moment later she saw her other box and watched again as the hands opened the lid and she saw the man and woman holding onto each other and they were crying again.

What was this place she wondered and why did it make her so sad?  Her heart ached for the man and woman she saw in the waters of the fountain and tears welled up in her eyes.  She leaned over the water to see if anything else would show and a single tear slid down her cheek and splashed softly into the water.

The water began to spin and she could see lights flashing in their depths like underwater lightning without the thunder.  The light was growing stronger and closer, and soon the pool was illuminated completely and she could see a face.  The face was so beautiful she almost couldn’t look at it.

Could it be her fairy Godmother?

The face drew near to the top of the water and when it was close it spoke to her.  Not with a voice but in her mind, in her spirit.

“If you want to grow and have parents of your own you need to do exactly as I tell you,” the face smiled at her and her blue eyes were more beautiful than a perfect summer sky.

“You must fall into the waters of the fountain.  Do not be afraid, you must go all the way to the bottom.  Once there you must curl into a tight ball and sleep.  You will sleep for a long time but when you awake you will begin to grow.”

“But I cannot breathe underwater,” the tiny little girl replied.

“This is a magic fountain,” the blue eyes spoke to her.  “You will be able to breathe well enough.”

She hesitated but those eyes remained locked on hers and she knew this was her destiny.

“Go,” the face urged her.  “Go to your parents and you will find out the meaning of the magic boxes.  You will be loved and you will grow.”

She drew a deep breath and plunged head first into the pool.  She was expecting a cold splash as her body hit the water but instead she was enveloped in a warmth and it felt so comforting like her warm fur lined bed back at the toadstool.

She fell for a long time before she felt the bottom.  She nestled against the warm floor of the fountain’s depths and was surprised at how very tired she felt.  She soon fell asleep with her thumb tucked in her mouth.

“Sleep well my little one, sleep well,” she heard as she drifted asleep.

“And this time hang on tight!”

We are pregnant again!

I wanted to wait until the first trimester had passed and currently we are at 12 weeks and 4 days so I call that close enough.

We found out only a month ago.  We never even had a clue.  Given our “advanced age”, we had thrown in the towel and I had given up all hopes of ever having a child of my own.

Neither of us picked up on any of it.

One day she decided to go to the doctor.  Not for a pregnancy test mind you but something else.  They did a urinalysis and when the doctor came back in the room and gave my wife the results she was shocked to say the least.

This photo is at 8 weeks 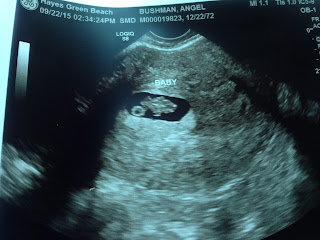 So here we are.  Those of you that have been around for awhile, know our history.  This is our 4th attempt.  We have been married for 13 years and have not used any sort of birth control for 14 years.  This is only #4.  (That’s not for lack of trying either!)  She is going to kill me when she reads that last line.  LOL

I have included a couple links at the bottom in case you want to read our history.
It wasn’t until our second pregnancy that the doctor discovered what she thought the problem was but unfortunately, it was too late to save the baby, although we tried.  Our third pregnancy miscarried very early and was not due to the same issue with the first two.

My wife has had the necessary surgery in order to correct this problem and now we sit back and wait.  6 more months!

I wrote the little short story at the top so I can tell it to my daughter when she asks how she was born.

(Yes, it is a girl we had bloodwork done to check for any chromosomal defects and they also can check the baby for its sex)

She came from a magical place.  The two little boxes were memory boxes of her brother Corwin and her sister Isabella, who still sleep in the magic fountain.  She needs to sleep well and hang on tight this time.

We have named her Corabella.
Cora for her brother Corwin and Bella for her sister Isabella.

May you all reunite in the magical fountain and when you are born I will see all three of you combined into one.

I love you baby girl,

We will have another ultra-sound done in November but here is what she looks like at 13 weeks. 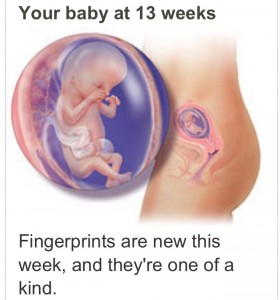 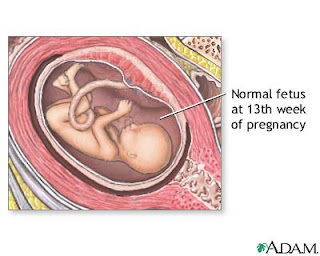 Posted by Bushman at 6:50 AM
Email ThisBlogThis!Share to TwitterShare to FacebookShare to Pinterest